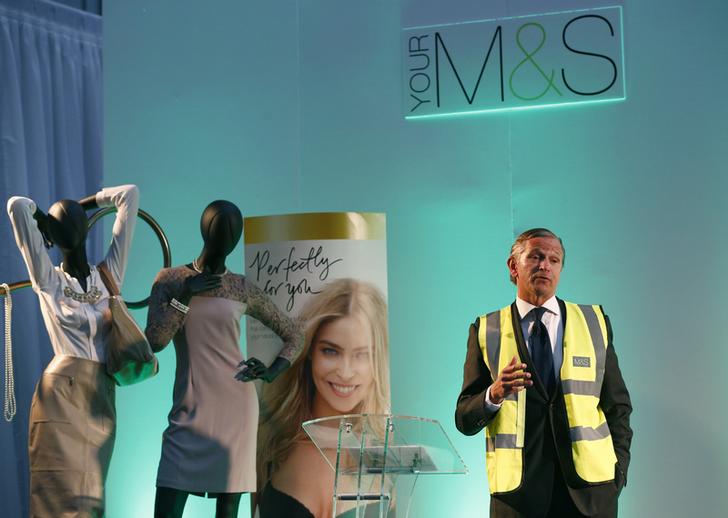 Britain’s biggest clothing retailer surprised with a bad quarter in its key business, in spite of strong food and online sales. CEO Marc Bolland’s turnaround is proving a slog. But a 3.5 pct stock rally suggests investors feared the Christmas numbers would be even worse.

Marks & Spencer Chief Executive Marc Bolland speaks at the company's new e-commerce distribution centre in Castle Donington, central England May 8, 2013. The company was updating on its supply chain and IT investment programme, on Wednesday, to the media and to investors.

Marks & Spencer, Britain’s largest clothing retailer, said non-food sales fell by a larger-than-expected 2.1 percent in the three months to Dec. 28. Analysts had expected so-called “general merchandise” sales in stores open more than a year to fall by 0 to 1.5 percent. GM sales, which include clothing, footwear and homewares, have now fallen for 10 quarters running.

In a statement on Jan. 9, M&S said food sales rose 1.6 percent, ahead of analysts’ expectations for a rise of 1.1 to 2.5 percent. The company, led by Chief Executive Marc Bolland, cut its guidance for full-year UK gross margins to flat, from a previous forecast of a 30 to 50 basis point rise.