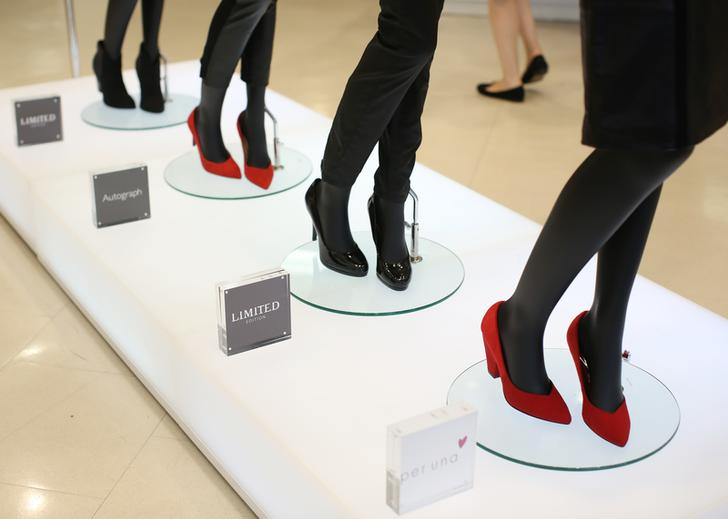 Marks is sparking at last. News that the UK retailer is making more profit per pound of revenue pushed shares up smartly. But delivering sustained sales growth will be tricky. The challenge is hardest in clothes given M&S’s fusty image and intense competition on the high street.

or
Request a Free Trial
or
Mondelez can be the bad bank of junk food
Sign in to your Breakingviews account
If you need assistance please email breakingviews.clientsupport@thomsonreuters.com

Shoes from the new autumn/ winter women's wear collection are displayed on mannequins at Marks & Spencer's in central London.