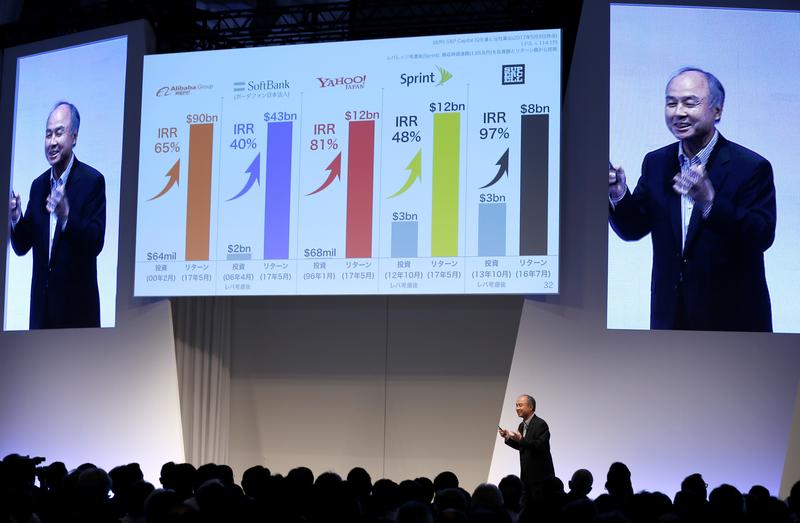 His sprawling SoftBank may be eyeing a second Vision Fund twice the size of its first yet-unspent $100 billion one. The extraordinary sums are bound to inflate already-frothy tech valuations. Excess capital combined with outsized ambition tends to have a predictable outcome.

Japan's SoftBank is planning a second investment fund of $200 billion, according to an Oct. 20 report by the Wall Street Journal, citing an unnamed source.

In May, the company secured more than $93 billion of committed capital as part of the first funding round for its planned $100 billion Vision Fund. Outside investors in the fund managed by SoftBank include Saudi Arabia’s Public Investment Fund, and Mubadala of the United Arab Emirates, as well as Apple, Foxconn, Qualcomm and Sharp.

Plans for the second Vision Fund are still at an early stage, and SoftBank may open a portion of one fund to retail investors, according to the newspaper. Tech news website Recode reported on Oct. 16 that a second and possibly larger fund was in the works, citing an unnamed source.

SoftBank Chairman and Chief Executive Masayoshi Son told The Nikkei on Oct. 20 that the Vision Fund was "just the first step" and that "Vision Funds 2, 3, and 4 will be established every two to three years". The funds, Son added, wants to invest in 1,000 companies in 10 years.