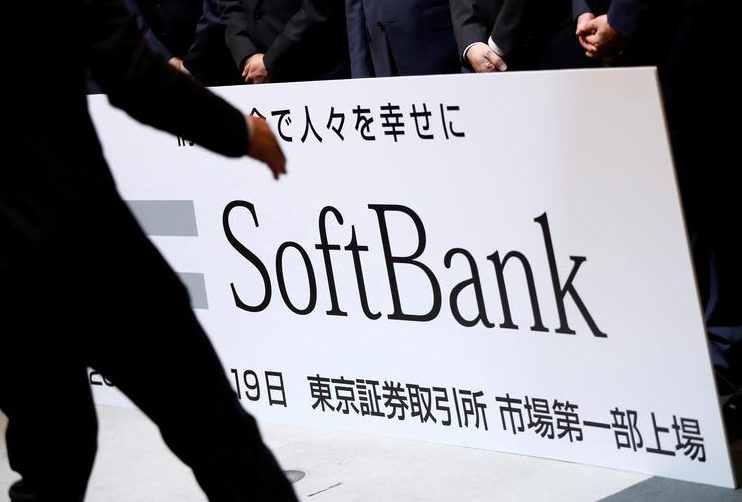 The SoftBank conglomerate he runs tripled quarterly operating profit to $4.5 bln on gains from the ride-hailing outfit and other startups. Son also doubled dividend payouts while obsessing over the stock price. It’s a stretch for a growth investor to try and have it both ways.

SoftBank Corp. placard is prepared during a ceremony to mark the company's debut on the Tokyo Stock Exchange in Tokyo, Japan December 19, 2018.

SoftBank Group said on May 9 it would split its stock two for one to attract more investors, while continuing to pay a dividend of 44 yen per share, effectively doubling the payout.

The sprawling Japanese technology and telecom company also reported annual operating profit of 2.4 trillion yen ($22 billion), about 80 percent higher than a year earlier. The increase was thanks in large part to higher valuations of investments in companies such as ride-hailing app operator Uber, which is set to go public on May 10 in New York, and Indian budget hotelier Oyo.

SoftBank said the value of investments in 69 companies made by its roughly $100 billion Vision Fund had increased to $72.3 billion at the end of March from their approximately $60.1 billion acquisition cost, excluding investments it had already exited.