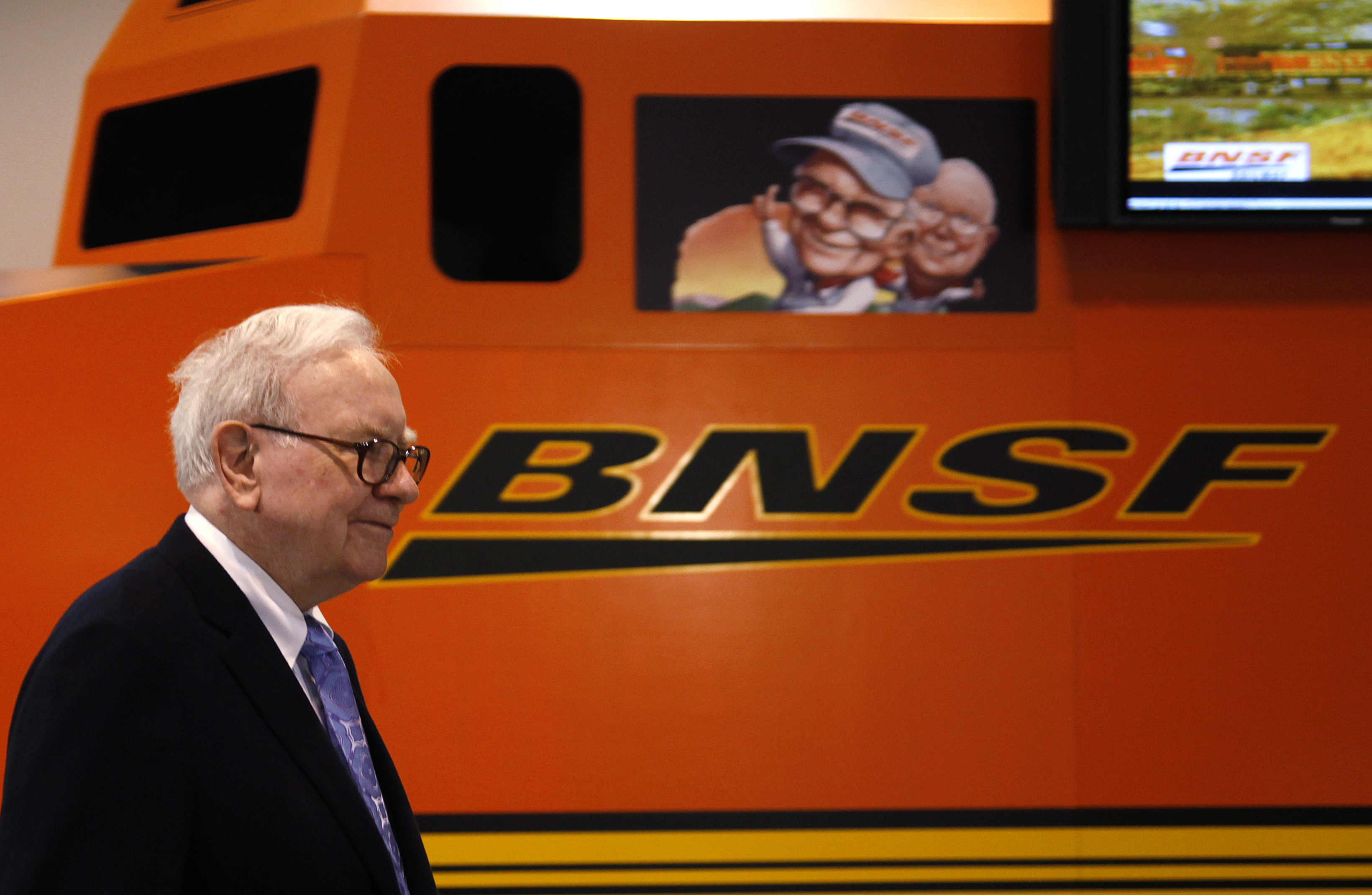 Berkshire Hathaway-owned railroad BNSF is testing natural gas as a replacement for diesel. It could give a lift to plodding efforts by oil tycoon T. Boone Pickens to convert trucks. The costs to change are daunting, but it’s getting too hard to ignore the low price of U.S. gas.

BNSF Railway is considering using natural gas to fuel its trains instead of diesel, Chief Executive Matthew Rose said on March 6.
The company, which is owned by Warren Buffett’s Berkshire Hathaway, is the second-largest U.S. user of diesel after the U.S. Navy.
Natural gas, which is trading at $3.50 per million British thermal units, provides five times more energy per dollar than oil. Brent crude is trading at $111 a barrel.
Natural gas supplies around 0.1 percent of the fuel for the U.S. transport industry, according to the Energy Information Administration.