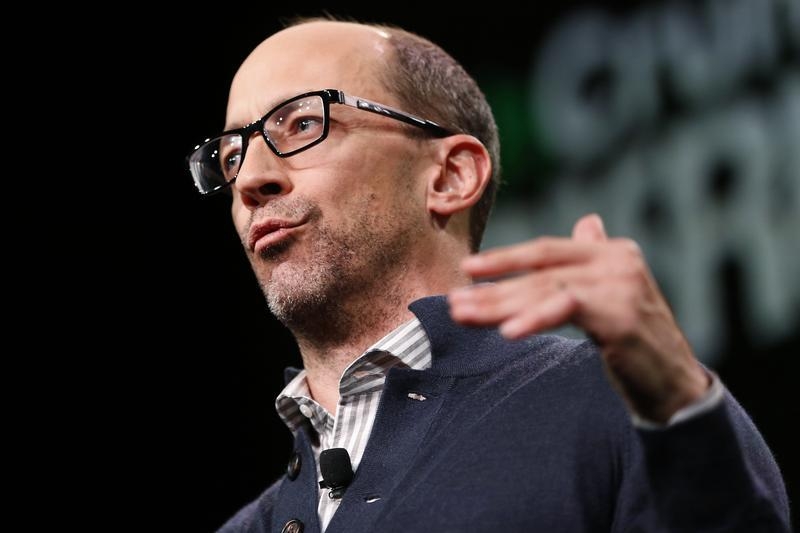 Maybe Twitter’s next chief executive will be Larry Page. The $23 billion micro-blogging company’s co-founder and chairman, Jack Dorsey, for the time being will serve as CEO until a permanent replacement for Dick Costolo can be found. Leadership turmoil has plagued Twitter for years and probably impeded some important areas of growth. The time is ripe for a buyer to charge in. Google, led by Page, is one good candidate.

Figuring out who’s boss at Twitter has always been complicated. Costolo, whose departure as CEO was announced abruptly on Thursday, is CEO until July 1 but he holds relatively little equity. Dorsey is chairman and owns 3.6 percent, but also has a day job running his $6 billion payments startup Square. Evan Williams, another co-founder, holds a stake of almost 8 percent and also sits on the board.

While Twitter has been growing revenue by more than 50 percent annually – and it affirmed simultaneously with the Costolo news that it expects the second-quarter top line to be in the range of $475 million to $485 million – Google and Facebook dominate in advertising. Investors have high hopes, though. Twitter is trading at more than 100 times estimated 2015 earnings. To meet those expectations, the company will have to attract more regular users. There, growth has been sluggish.

The question is what sort of person would want to step into Costolo’s shoes, with Dorsey, Williams and Costolo – who is staying on the board – looking over his or her shoulder. Moments like these also make companies vulnerable in all sorts of ways.

Google, for one, could use Twitter’s expertise to enhance its service. The two companies recently reunited as partners so that Google could put tweets into search results. To accurately map the world’s information, as Page’s company sees the mission, owning Twitter would make sense. Facebook and Microsoft are other possibilities. For Twitter, the scale afforded by any tech goliath could be an easier path than competing in the cut-throat market for mobile ads.

Twitter shares gained $2 billion in after-hours trading when it announced Costolo was stepping down. A new CEO, however, could just as easily come from a buyer as a hire.

Twitter said on June 11 that Chief Executive Dick Costolo has decided to step down, effective July 1. Jack Dorsey, the company’s co-founder and current chairman, will serve as interim CEO while the board conducts a search for a replacement.

Costolo will continue to be a director of Twitter, the company said, while Dorsey will continue as CEO of Square, the payments company he started in 2009.