Last days of May 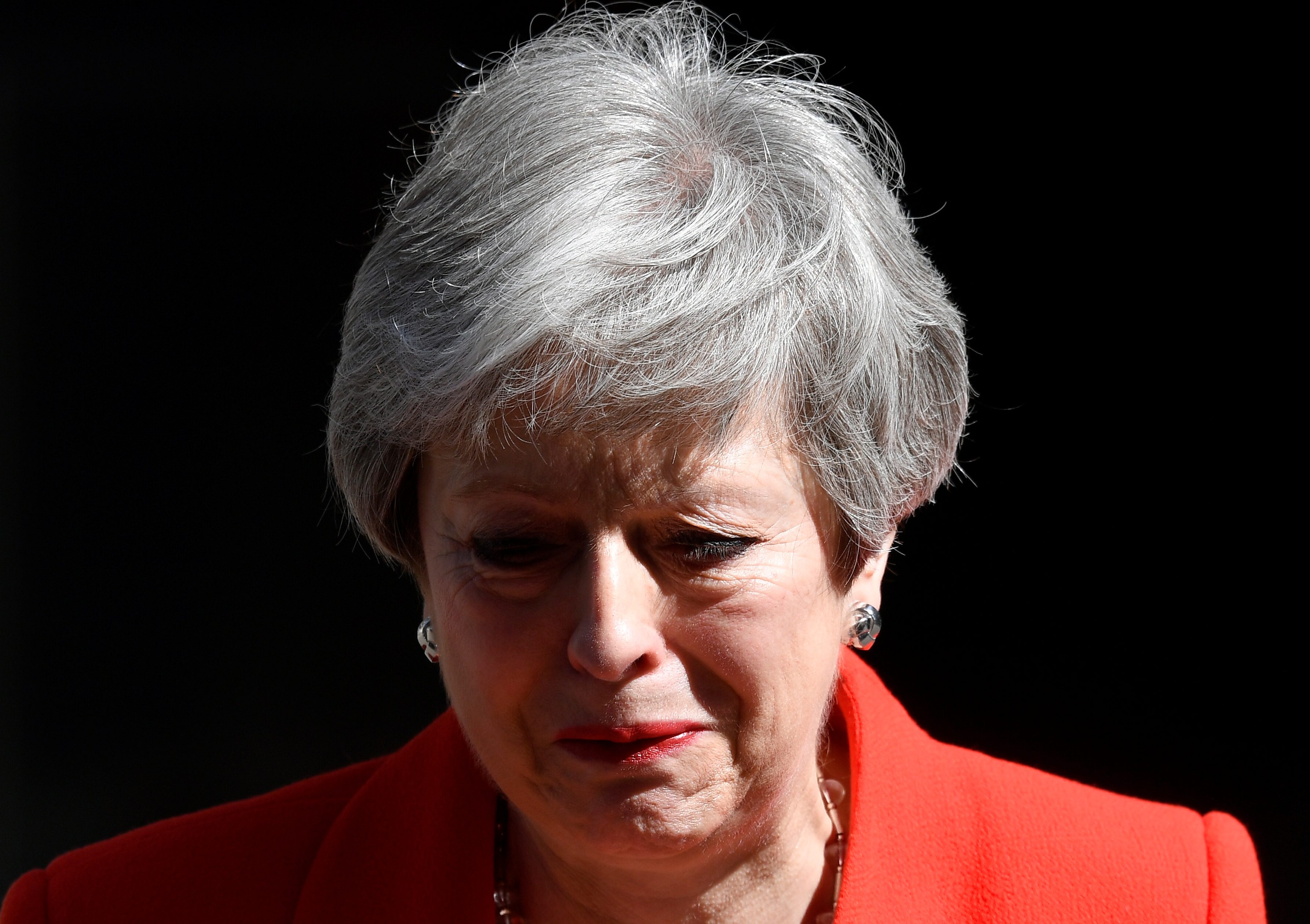 The British prime minister’s resignation was inevitable. But the Conservative party’s next leader will have no chance of negotiating a better Brexit deal, and faces the same parliamentary opposition. That leaves a risky election as one of the few remaining options.

British Prime Minister Theresa May reacts as she delivers a statement in London, Britain, May 24, 2019. REUTERS Toby Melville

Theresa May on May 24 announced she would step down as leader of Britain’s Conservative party on June 7, ending a turbulent tenure of almost three years, and triggering a contest that will bring a new leader to power.

May said: “It is and always will be a matter of deep regret for me that I have not been able to deliver Brexit.”

May said she would remain as prime minister until her successor had been chosen in a contest which is due to begin in the week of June 10.