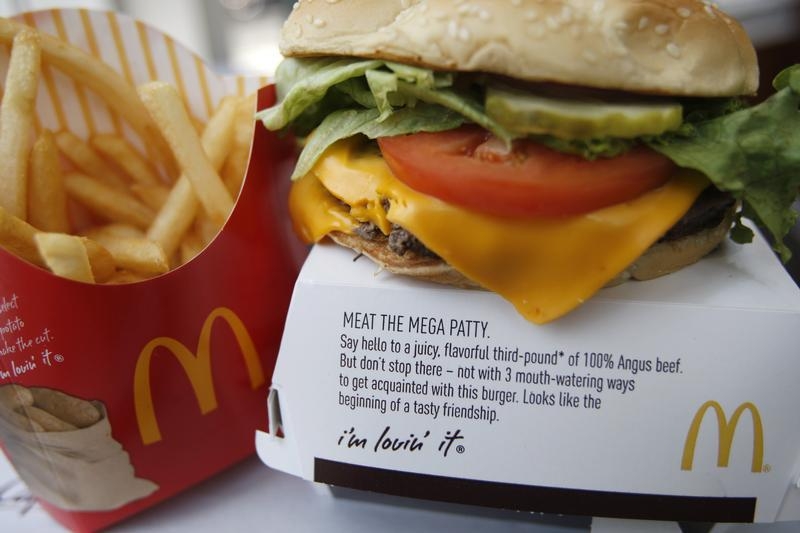 CEO Steve Easterbrook’s fast-food chain trades at half the valuation of the Burger King-Tim Hortons feast the Brazilian investment firm cooked up. That’s because 3G outdoes its super-size rival at beefing up sales with new products. Bolder recipes would help McDonald’s catch up.

Restaurant Brands International, the parent company of Burger King and Tim Hortons, on July 27 reported a better than expected profit thanks to strong sales of its newly launched menu items. Its shares rose 2.6 percent after the announcement.

The company, which is majority-owned by 3G Capital, an investment firm, said sales at Tim Hortons restaurants open for more than a year rose 5.5 percent in the quarter, helped by customer demand for its dark roast coffee and a new chocolate beverage. Burger King comparable sales rose 6.7 percent, driven by sales of mozzarella bacon cheeseburgers, pulled pork sandwiches and chicken fries.

McDonald’s on July 23 reported a 0.7 percent decrease in second-quarter global comparable sales, with sales in the fast-food chain’s core U.S. market shrinking 2 percent during the period.