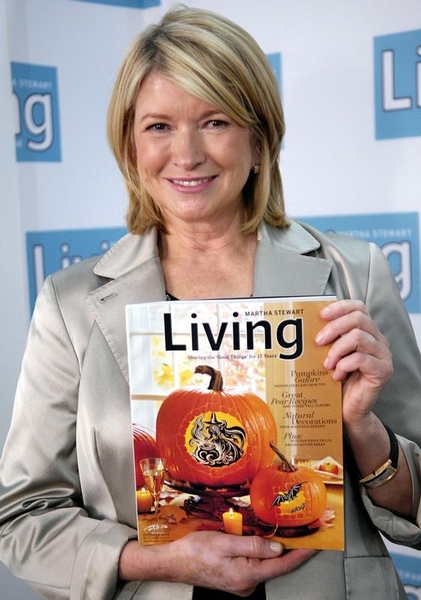 The owner of some 71 local U.S. stations is buying Meredith for $3.1 bln. Media General will get 17 more TV properties. But it will also be stuck with a raft of magazines. The modest 12 pct premium and decent synergies provide some buffer against the challenge of selling them.

Martha Stewart poses with a copy of the October edition of her magazine, during her trade show, called "Good Things", in New York September 30, 2006. REUTERS/Chip East

Media General operates and services about 71 TV stations, while Meredith has 17 stations and publishes magazines including Shape, Family Circle, and Better Homes and Gardens.

Under the terms of the deal, Meredith shareholders will receive cash and stock valued at $51.53 per share.