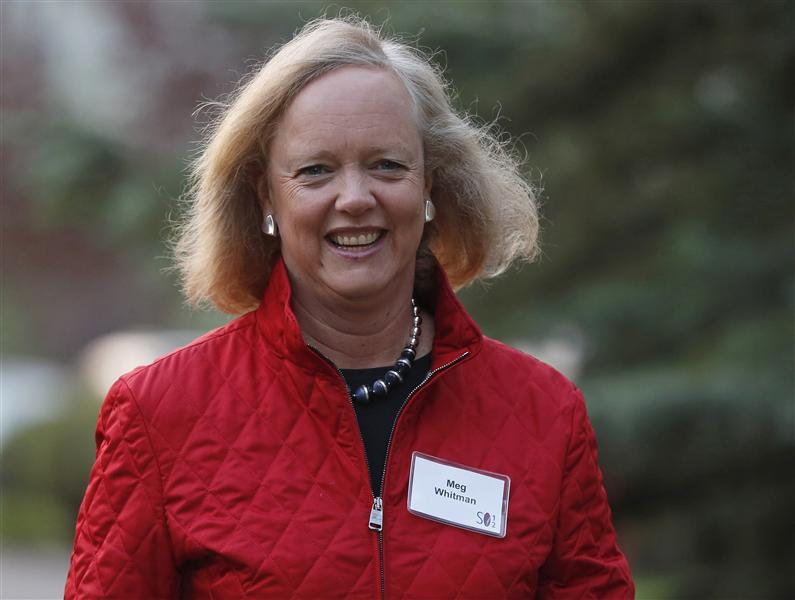 Meg Whitman’s simplifying job just got more complex. After first splitting Hewlett-Packard, the HP Enterprise boss is now attempting her second spinoff. The transaction with British software maker Micro Focus uses a messy structure, but if it works would fetch $8.8 billion for the software division tax-free. Even a shrunken HPE, however, will be plagued by hardware deflation.

Software was supposed to save Hewlett-Packard. It missed the mobile wave, and the PC and printer markets became steadily less attractive. Buying companies like Mercury Interactive for $4.5 billion and Autonomy for more than $10 billion were supposed to provide growth and higher margins. Instead, the company was forced to write down most of the value of Autonomy. Software sales also are shrinking as users switch to cloud-based offerings that are often cheaper to use.

Making HPE smaller means managers should be able to focus on fewer problems. An expected 20 percent increase in operating margin from slamming the two software companies together should be worth about $700 million, according to Breakingviews calculations. If so, HPE shareholders will receive much of the upside so long as the savings aren’t eaten away by shrinking sales.

The transaction is knotty, to save on taxes, and means rewards won’t come easy. Micro Focus is smaller than HPE’s software unit, and is paying $2.5 billion to HPE. Moreover, HPE shareholders will end up owning 50.1 percent of the combined company. Similarly structured deals have faltered in the past for a variety of reasons. HP is now trying two of them simultaneously with this one and the combination of its services business with Computer Sciences.

HPE will have plenty left to sort out if and when it can successfully navigate these deals. Many companies are letting Amazon, Microsoft or Alphabet’s Google run much if not all of their computing needs remotely. They use software to deploy hardware more efficiently and have plenty of bargaining power thanks to their size. Increasingly sophisticated Chinese manufacturers also are a threat. The steady downward pressure on the prices of servers, storage and networking gear will keep making HPE’s life complicated.

(The view and the context news have been corrected to reflect that Micro Focus shares will be issued to HPE shareholders.)

HP Enterprise said on Sept. 7 that it had agreed to spin off and merge its software unit with Micro Focus in a transaction valued at $8.8 billion. HP Enterprise will receive a cash payment of $2.5 billion, and its shareholders will receive 50.1 percent of the equity in the combined company. The equity in Micro Focus is valued at $6.3 billion. The transaction is expected to be tax-free for HPE.

A senior HPE executive will serve on the board of directors of the combined company, and HPE will nominate half of the independent directors. HPE expects to incur a one-time separation cost of approximately $700 million.