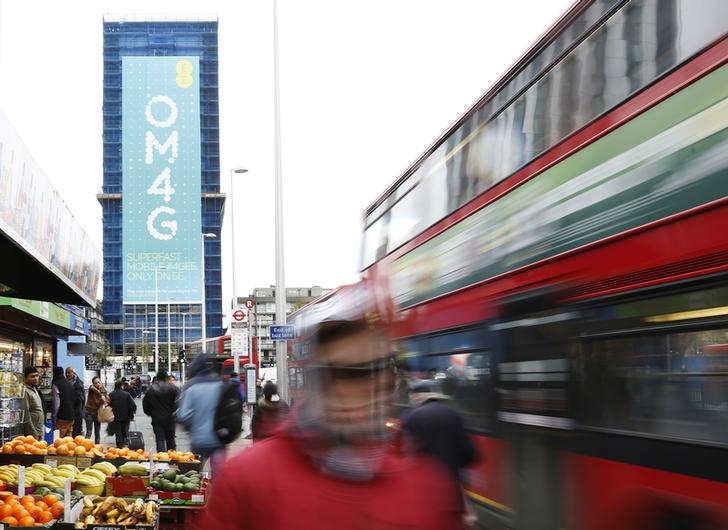 A 10-billion-pound leveraged buyout of Britain’s biggest mobile operator would be dazzling in its sheer ambition. But the payback would be more in short-term glory than long-term financial returns.

Two teams – KKR and Apax, and rivals CVC and Blackstone – are dusting off old deal dossiers. It’s easy to see why these and other buyout shops may be circling. Debt is cheap and plentiful. Big M&A is stirring. And EE’s parents, France Telecom and Deutsche Telekom, have put the parent of Orange and T-Mobile UK in play by talking about a potential float.

A deal would be a milestone: not just another huge British takeover soon after Virgin Media, but also Europe’s biggest LBO since Lehman Brothers collapsed. The snag is that it’s hard to see how it could deliver the 20 percent-plus returns that buyout investors expect.

The widely cited 10-billion-pound ($15.5 billion) price tag looks like a non-starter. That would entail a monstrous 2.3 billion pounds in equity and bid costs – assuming the sellers helpfully kept 20 percent of the shares for themselves. Even if debt worth 5.5 times EBITDA was available at an all-in cost of 6.5 percent, the annual return, for a 2018 sale at the same exit multiple, would hit only 15.3 percent. Moreover, this calculation requires the dark arts of private equity to reduce EE’s tax bill to almost zero, allowing all of EE’s prodigious cashflow to pay down debt after meeting investment and interest needs.

A more conservative assumption might be an 8-billion-pound takeout funded 30 percent with equity, and debt of 4.1 times EBITDA. That would imply a price of 5.8 times forward EBITDA. A sale at 10 billion pounds – producing a similar exit multiple – would return an annualised 17.6 percent over five years. The equity required would still be hefty.

Scraping under the usual return hurdle might be acceptable for a banner deal in a low-yield environment. But the current owners may balk at selling EE at a sub-20 percent premium to rival Vodafone’s lowly market multiple.

So an EE LBO seems to work only with a bargain purchase price and masses of cheap leverage. A float is still the more likely call.

Private equity firms are reviving plans for a potential 10-billion-pound ($15.5 billion) buyout of EE, Britain’s largest mobile phone operator, Reuters reported on Feb. 8, citing people familiar with the talks. EE, formerly known as Everything Everywhere, is a joint venture between France Telecom and Deutsche Telekom. Both owners have said they are working towards floating the business.
Two rival groups of private equity firms are holding early-stage talks with banks and other possible investors, though any bid remains hypothetical, sources told Reuters. KKR is working with Apax, while CVC has teamed up with Blackstone, with the firms seeking to raise debt worth about 4.5 times EE’s 2013 EBITDA, or roughly 6 billion pounds.
An earlier report in the Financial Times, which named the same potential bidders, suggested the two sellers could retain an equity stake of 15 to 20 percent.
EE reports full-year results for 2012 on Feb. 19.