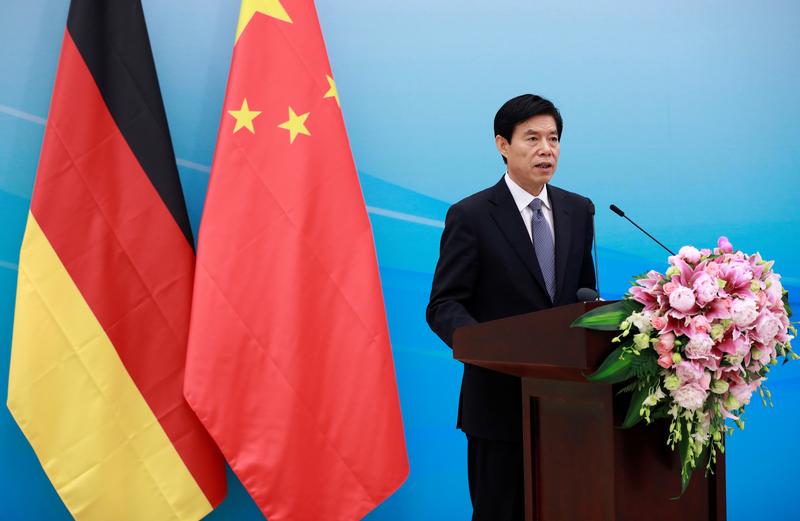 Mega-deals could become prisoners of a Sino-U.S. trade war. Although it has been years since Beijing trustbusters vetoed a merger of foreign companies, their restraint may be tested if U.S. President Donald Trump follows through on his anti-China bluster. Transactions involving ADM, Bain Capital and Qualcomm are all potential captives.

The Committee on Foreign Investment in the United States has taken a hard line against Chinese buyers, most notably killing a $1.2 billion plan by Ant Financial to acquire U.S. cash-transmission business MoneyGram. Trump has promised to get tougher, and last week endorsed a broader CFIUS remit.

China’s Ministry of Commerce might be mobilized to retaliate. In 2014, its officials torpedoed a shipping alliance involving Denmark’s Maersk, Switzerland’s MSC and France’s CMA CGM. The intervention spooked investors and led to international criticism. The agency has not protested another corporate marriage since, whereas the European Union stopped three over the same span, according to law firm Clifford Chance. Its study also found that MOFCOM unconditionally – and quickly – approved 254 deals in the first three quarters of 2017.

U.S. investment into China has leveled off in recent years, focusing mostly on consolidating earlier investments. That provides thin fodder for retaliation, but extra-territorial transactions are more vulnerable.

Qualcomm, for example, is both the target of an unsolicited $105 billion bid from Broadcom and is awaiting Chinese approval to buy NXP Semiconductors. Toshiba’s sale of its chip unit to a group led by private equity firm Bain is being reviewed in Beijing. Developing a stronger semiconductor industry is a national strategic goal. And a merger of agriculture giants Archer Daniels Midland and Bunge, which is under consideration according to media reports, touches on Chinese food security. Vetoing, crippling or even holding up one of these deals on flimsy grounds also could serve as a warning shot to U.S. authorities.

It should take more severe provocation than the MoneyGram spat. A race to the bottom with CFIUS would do little for Chinese interests in North America, and would undo efforts to upgrade MOFCOM’s reputation internationally. The risk is that Chinese leader Xi Jinping thinks Trump is bluffing, and holds mergers hostage to call it.

Chinese Commerce Minister Zhong Shan delivers his speech during the opening ceremony for the Sino-German Center for Sustainable Development at the Ministry of Commerce in Beijing, China, May 11, 2017. REUTERS/How Hwee Young/Pool - RC1888354EE0

Singaporean semiconductor designer Broadcom said on Nov. 6 it had made an unsolicited $103 billion bid for Qualcomm Technologies, which Qualcomm says undervalues it. Qualcomm's major Chinese customers have spoken out against the deal.

China's Ministry of Commerce is currently reviewing Toshiba's proposed sale of its memory chip unit to a consortium of investors including U.S.-based Bain Capital.

Archer Daniels Midland has proposed a takeover of rival grain trader Bunge, Reuters reported on Jan. 19, citing an unnamed source familiar with the situation, confirming interest first reported by the Wall Street Journal. Bunge had a market capitalization of $9.8 billion when the market closed on Jan. 18.