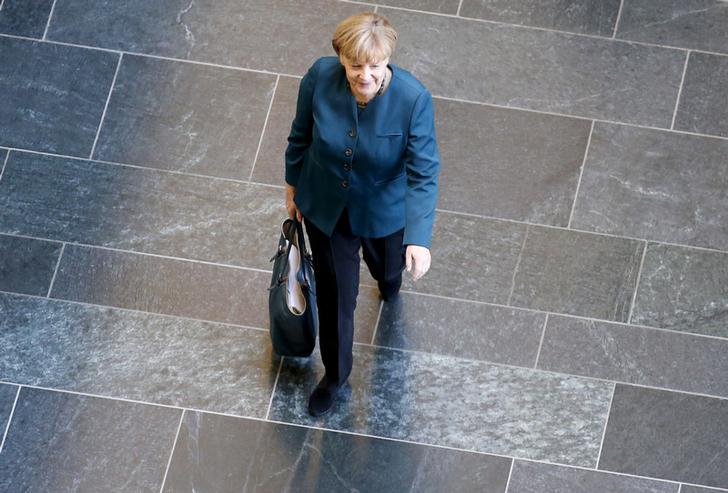 Germany’s Green party has abandoned coalition talks with Angela Merkel, so the German chancellor is back to square one – and to the most credible option from the beginning: an alliance with the Social Democrats of the SPD party. Two-thirds of Germans favour such a “grand coalition”, which would control more than 80 percent of the seats in the Bundestag, the lower house of parliament.

But the SPD isn’t overly excited about forming a coalition with Merkel, and it has pledged to consult its members on any potential agreement.

If Merkel wants to govern with the Social Democrats, she will have to make concessions. She will have to compromise on a national minimum wage, which was one of the SPD’s core campaign themes. Given that Merkel has herself suggested a softened version of the measure, finding an agreement on this is doable.

Reaching consensus on a higher tax rate for top earners may be more difficult. The SPD wants to raise the top marginal tax rate from 42 percent to 49 percent. The CDU promised not to touch it. A compromise could entail lower taxes for low-income earners, and a symbolic increase of the top rate.

In all likelihood, Merkel will also have to hand over the finance ministry to the SPD. That would mean that Wolfgang Schaeuble, a Merkel confident who has become a key figure on the international scene for his role in the euro crisis, would lose his job. Joerg Asmussen, currently a member of the European Central Bank’s executive board, could replace him, with Schaeuble becoming foreign minister.

The negotiations will be tricky, but possible divergences on the ways to deal with the euro crisis shouldn’t be more than a side show. Both parties are pro-European and committed to keeping the monetary union together. The SPD backed Merkel’s major moves during crisis. And whatever its reservations, it cannot force Merkel to backtrack on Europe’s banking union compromise.

Neither side has an alternative to a grand coalition. Merkel ruled out a minority government and the SPD has rejected a coalition with the radical Left and the Greens. If a deal falls through, new elections would be needed – which everyone wants to avoid. Merkel and the SPD are in this together. They will eventually face up to that fact.

Germany’s Greens decided against any further coalition talks with Angela Merkel’s CDU early on Oct. 16. The Conservatives are just five seats short of an absolute majority but lost their preferred coalition partner, the free-market FDP. The chancellor will now have to focus on talks with the centre-left Social Democrats (SPD).

Germany’s Greens decided against any further coalition talks with Angela Merkel’s CDU early on Oct. 16. The Conservatives are just five seats short of an absolute majority but lost their preferred coalition partner, the free-market FDP. The chancellor will now have to focus on talks with the centre-left Social Democrats (SPD).