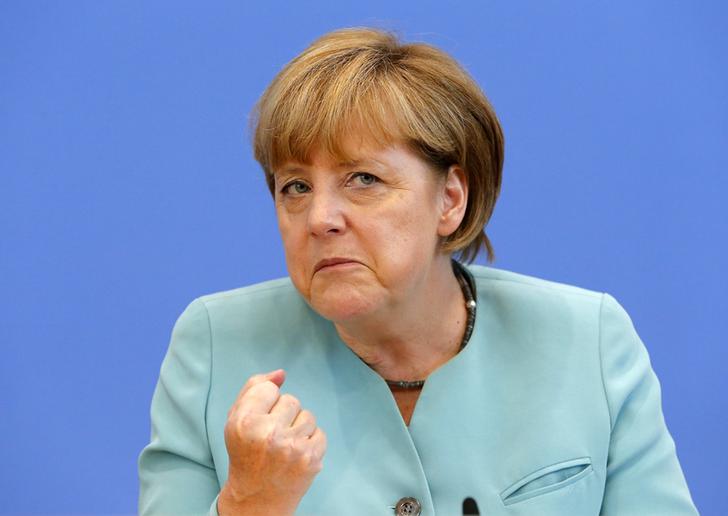 The big winner from Germany’s Super Sunday was populism. The right-wing Alternative fuer Deutschland (AfD) won double-digit results in all three states that held polls on March 13, even if it won’t actually run any of them as a result. Moreover, support for Angela Merkel’s governing coalition is waning quickly. That looks, on the face of it, like a strike against Merkel’s hitherto tolerant approach to the huge influx of migrants who have entered Germany from Syria and beyond.

Yet dig deeper and there are some more comforting messages. First, credible and determined mainstream leaders still woo voters. In Baden-Wuerttemberg, the Greens became the biggest party in a regional parliament for the first time in German history, even though their regional leader Winfried Kretschmann backs Merkel’s migrant policy. In Rhineland-Palatinate, the popular Social Democratic Party (SPD) governor Malu Dreyer – also supportive of Merkel’s stance – expanded her lead over a less migration-friendly challenger from Merkel’s own party, the Christian Democratic Union (CDU).

The populist AfD has gone from zero to political pariah in just three years, and is increasing the pressure on Merkel and her coalition with the SPD to change their handling of the migrant crisis. But it’s easy to exaggerate their impact. In recent decades, right-wing parties time and again scored successes in regional elections but then collapsed quickly due to internal bickering, German voters’ general distaste for extreme positions and a lack of credible political leaders.

For most voters in Germany, personalities rather than party affiliations matter most. That may actually help Angela Merkel to keep her inner-party critics at bay. The CDU lacks any credible alternative to the chancellor. She has time, too: federal elections aren’t due until the second half of 2017.

Moreover, recent opinion polls indicated that voters’ satisfaction with the chancellor is starting to improve again. Merkel still possesses a lot of political capital that will be enhanced if she can bring down the numbers of refugees entering Germany – either by closing the deal with Turkey that was outlined on March 7, or should that fail, eventually by closing the country’s border. After the painful defeat on Germany’s Super Sunday, Merkel is down but not out.

German Chancellor Angela Merkel gestures as she address media during a news conference at Bundespressekonferenz in Berlin July 19, 2013.

Merkel’s party also lost support in the eastern German state of Saxony-Anhalt but still remained the biggest party with 29.8 percent of the votes.

With double-digit results in all three states, the right-wing Alternative fuer Deutschland will enter all three regional parliaments. Its support was strongest in Saxony-Anhalt, where it took 24.2 percent of the vote, surpassing the Left party as well as the Social Democrats.

In Baden-Wuerttemberg, the Greens for the first time became the strongest party in a state, with 30.3 percent of the votes. The state was a CDU stronghold for more than 50 years before becoming a Green-led coalition with the SPD in 2011, after the Fukushima nuclear disaster in Japan. CDU support fell by another 12 percentage points on March 13.

All three states were previously run by coalitions. The composition of the coalitions that will follow the new elections was undecided as of March 14.