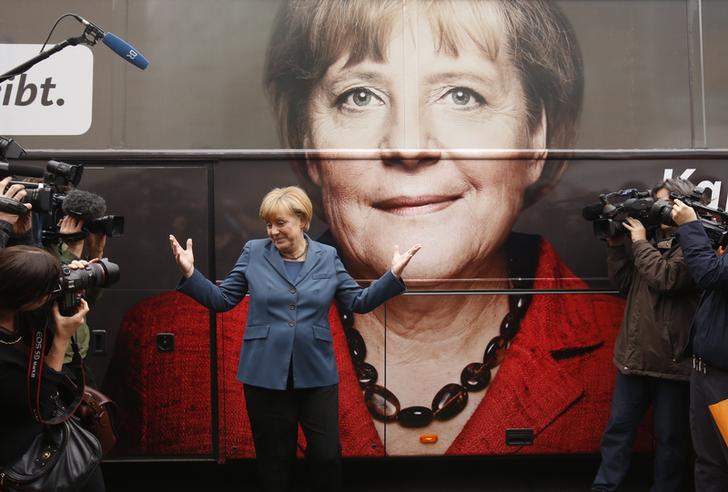 The German election has brought big shifts at home, but it will not shake up the country’s approach to European issues. Angela Merkel’s next government will look different to the last. However, it will be just as focused on structural reforms and fiscal discipline in the periphery. Europe’s muddle-through is not going away.

German voters did not second-guess the single currency. The new anti-euro party, Alternative for Germany (AfD), failed to gain enough votes to be represented in parliament. Instead, there was a resounding vote of confidence to the chancellor’s overly cautious and austerity-loving approach to crisis management – an approach which has exacerbated the over-indebted periphery’s woes.

The election changed the domestic political environment. Merkel’s CDU/CSU is more powerful, after scoring the biggest electoral success in more than two decades. However, her coalition partner, the liberal FDP, will drop out of parliament, for the first time in post-war Germany. That sea change leaves the Social Democrats (SPD) as the most likely partner – a grand coalition.

The left-of-centre SPD campaigned for a European growth pact and limited mutualisation of debts, but its influence in a coalition will be very limited after a lacklustre electoral showing. It might be able to slow negotiations for a banking union, Europe’s most important reform project. In opposition, the SPD has argued against using the European Stability Mechanism for direct recapitalisation of failing banks.

No matter how the coalition shapes up, Merkel will not budge on her commitment to “more Europe”. However, her desire to keep the AfD at bay will strengthen her dislike of large-scale fiscal transfers from Germany to the periphery. And she is likely to be less patient with debtors which fail to change their profligate ways.

The SPD’s leaders know well that voters have been tough on Merkel’s coalition partners – they lost out badly in the 2009 election. The lure of a broad Left coalition – with the Greens and the radical Left party – could be irresistible after a few years, although the SPD has vowed not to cooperate with the Left on a national level.

A grand coalition would mean continuity. But it would not necessarily bring lasting political stability.

German Chancellor Angela Merkel and leader of the Christian Democratic Union party CDU stands in front of her election campaign tour bus before a CDU board meeting in Berlin September 16, 2013.