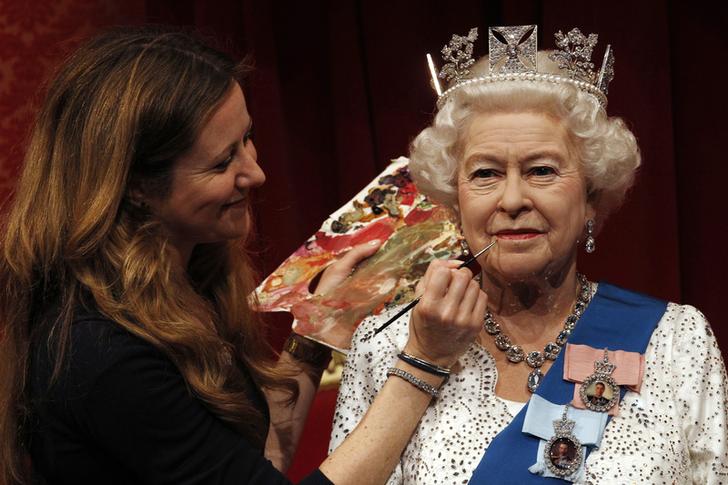 A float could value the global theme-park operator at 4 bln stg, including debt. It’s spent ages backed by private equity and done lots of M&A. Yet the IPO case is solid. Growth should come from exporting proven tourist formats – such as waxworks and aquariums – to new markets.

Madame Tussauds employee Lisa Burton poses with a new figure of Britan's Queen Elizabeth, produced in honour of her Diamond Jubilee in London May 14, 2012.

Merlin Entertainments, the theme-park operator, said it plans to sell at least 20 percent of its shares through an initial public offering (IPO) in London. Merlin’s private equity backers, Blackstone and CVC, plus Kirkbi, the investment vehicle for the Danish family behind Lego, will each sell some shares. The group will also sell 200 million pounds of new stock, which will pay down debt as well as funding taxes and deal fees.
Merlin made 346 million pounds of EBITDA in 2012, on revenue of 1.1 billion pounds. The group’s attractions include Legoland theme parks, Madame Tussauds wax museums, and Sea Life aquariums. It is the world’s second-biggest theme park group by visitors behind Walt Disney Co.’s parks and resorts business. Chief Executive Nick Varney told Reuters he expects retail investors to buy about 10 to 15 percent of the offering. Merlin abandoned an earlier attempt to go public in 2010.