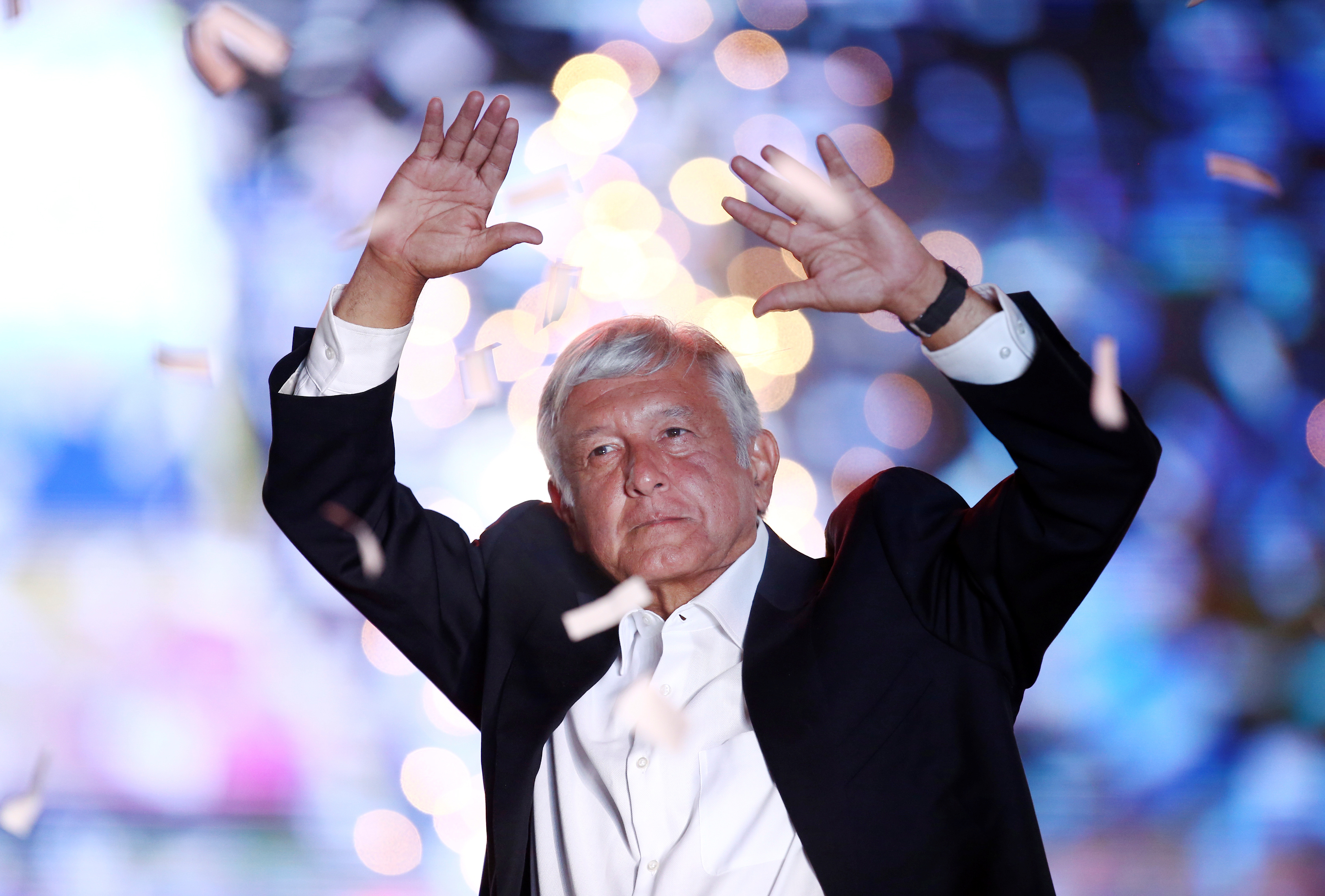 Andrés Manuel López Obrador, better known as AMLO, looks set to win Mexico’s presidential election on Sunday. The left-wing populist has pledged to root out corruption and dampen surging drug violence while boosting the $1.2 trillion economy and lifting up the poor. Many of his compatriots believe he can, and use the hashtag #AMLOVE on social media to express that faith.

Although by all accounts personally honest, López Obrador is likely to disappoint his supporters, and make achieving those goals even harder during his six years in office.

The challenges are great. The murder rate is at its highest on record – over 13,000 through May this year, up by a third from a year earlier, according to official figures. Oil output has almost halved since 2004. The peso hit a 17-month low two weeks ago as the dollar rallied, North American Free Trade Agreement talks stalled and some investors displayed nerves ahead of the July 1 poll.

Part messianic figure and part street protester, AMLO’s aims are interlinked. He proposes to fund new infrastructure spending, better pensions and increased grants for students – under the catchy title “becarios no sicarios” (roughly, “scholars not killers”) – by eliminating waste and cracking down on corruption. That would garner, he reckons, some 500 billion pesos ($25 billion) a year – 10 percent of the federal budget, or 2 percent of GDP.

Such amounts are unlikely to be forthcoming, though. Ingrained corruption is fostered by hugely wealthy drug gangs, weak institutions and a sluggish economy, and will take generations to overcome. AMLO may have to choose between breaking a promise not to raise taxes, ramping up debt, or cutting back on social spending. He is not himself an institution builder, but an exponent of a “great man” approach to governing, like his U.S. mirror image, President Donald Trump.

A strong economy would help, but López Obrador lacks the nous to boost growth to a targeted 5 percent by the end of his term from 1.3 percent currently. Aides say he will respect central-bank independence and may overcome his long-standing opposition to Mexico’s energy liberalization, which has attracted much-needed private and foreign investment to the sector. But his desire to achieve self-sufficiency in food, build new refineries for ailing state oil behemoth Pemex and give government a stronger hand in the economy are redolent of 1970s Mexico, not its recent market-friendly incarnation. His rise may be just what his country doesn’t need.

Mexicans vote on July 1 to choose a new president for a six-year term. Elections will also be held for both houses of Congress, eight state governorships and mayor of Mexico City. Hundreds of local posts are also in play, making the elections the biggest in the country’s history.

Mexicans vote on July 1 to choose a new president for a six-year term. Elections will also be held for both houses of Congress, eight state governorships and mayor of Mexico City. Hundreds of local posts are also in play, making the elections the biggest in the country’s history.