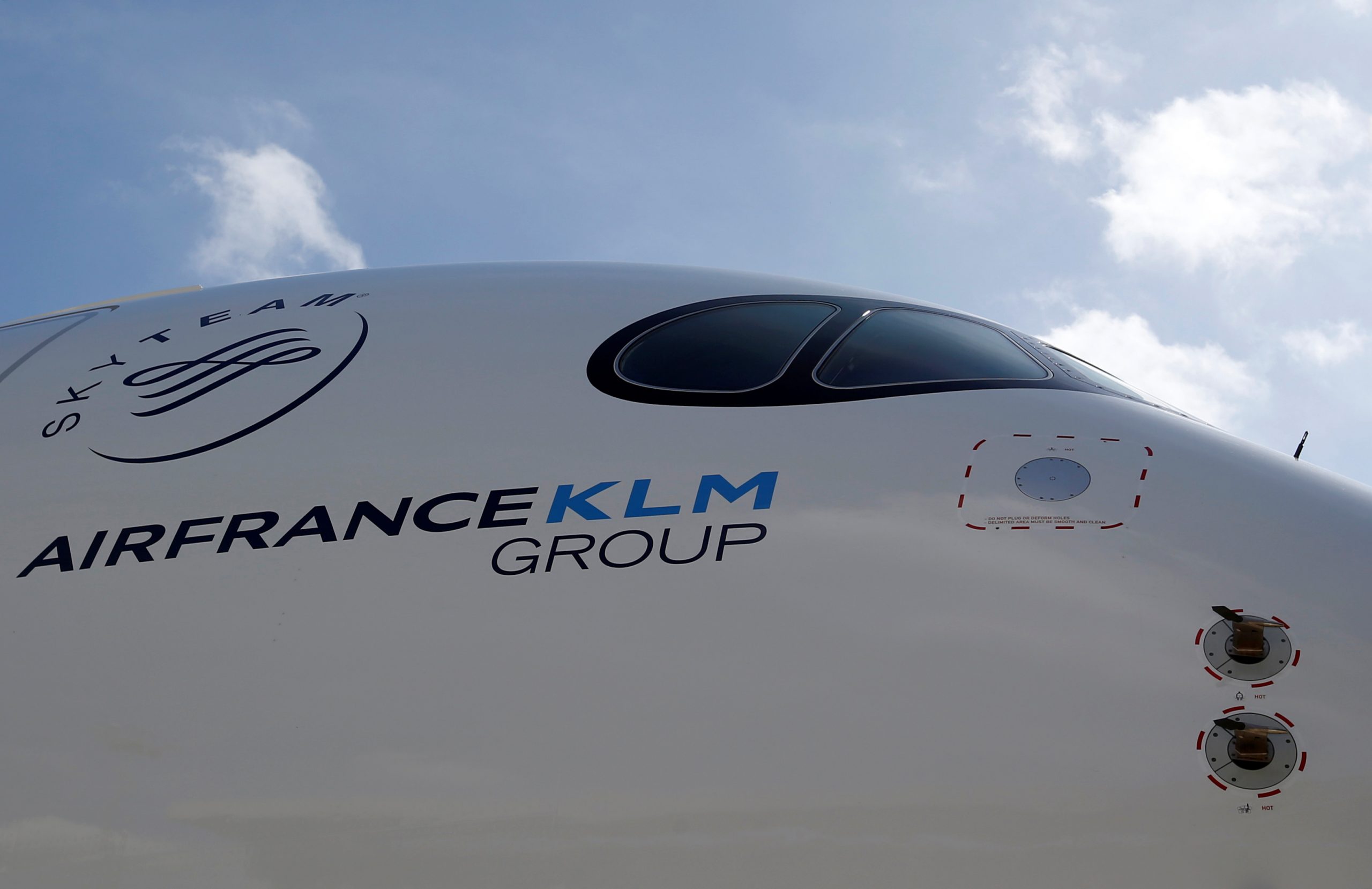 The French and Dutch governments are lending their respective parts of the ailing carrier up to 11 bln euros. The tricky bailout exposes the frailty of the 2004 merger. Germany’s Lufthansa, which owns Swiss and Austrian, and Anglo-Spanish operator IAG may face similar challenges.

Logo of Air France KLM Group is pictured on the first Air France airliner's Airbus A350 during a ceremony at the aircraft builder's headquarters of Airbus in Colomiers near Toulouse, France, September 27, 2019.

The Dutch government said it was preparing further support of 2 billion euros to 4 billion euros for KLM, the merged carrier’s Dutch arm.

The direct loan will have a four-year maturity, extendable for up to two more years. The guaranteed loan has a maturity of 12 months, also with a possible two-year extension.

Chief Executive Ben Smith denied the aid was a “blank cheque” and said it required tough action on costs and performance. Neither the government nor Air France gave any further details.

The airline, in which the French and Dutch governments both hold 14% stakes, said it was committed to “ambitious” environmental targets as part of a wider transformation plan, and might have to raise more capital from shareholders.