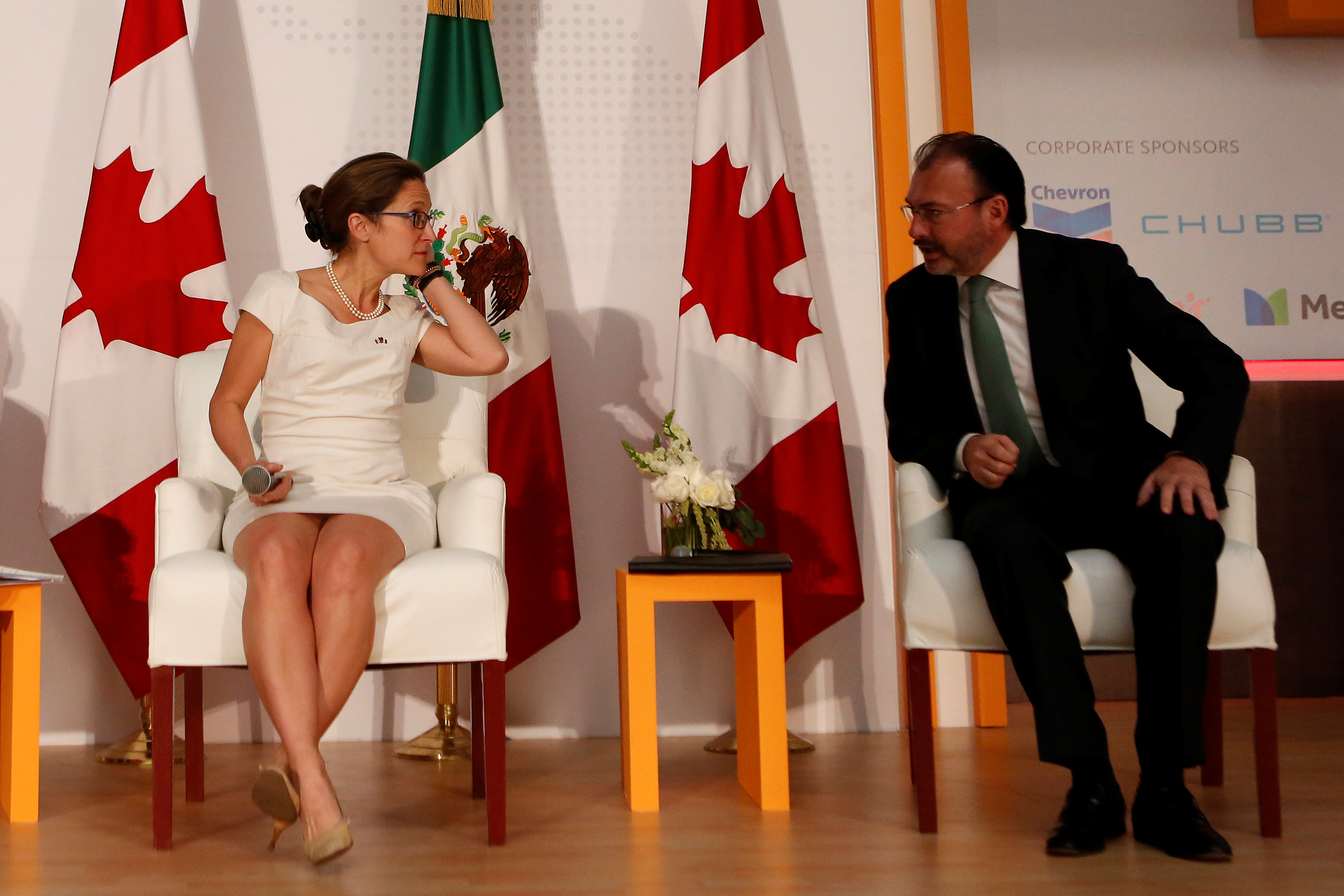 Both countries are battling against Trump administration demands to let their citizens import more online goods duty-free. It would hurt their retailers and help U.S. firms like Amazon. But consumers would benefit. Conceding may also help their case in broader NAFTA negotiations.

Canada's Foreign Minister Chrystia Freeland (L) listens to his Mexican counterpart Luis Videgaray during an event organised by Americas Society/Council of the Americas at National Palace in Mexico City. Mexico, May 23, 2017.

The first round of talks to renegotiate the 1994 NAFTA treaty will be held in Washington D.C. between Aug. 16 and Aug. 20.

U.S. Trade Representative Robert Lighthizer intends to demand that Mexico and Canada increase the value of goods their citizens can order online from abroad without paying import duties. Currently, Canada’s duty-free threshold is among the lowest in the world at $16, while Mexico’s is $50.

Lighthizer laid out his goal to have the two countries raise the limit closer to America’s $800 exemption as part of his NAFTA negotiating objectives published in July.

Reuters reported on Aug. 9 that Mexican and Canadian officials are leaning strongly against the U.S. proposal in its current form.