Not all at once 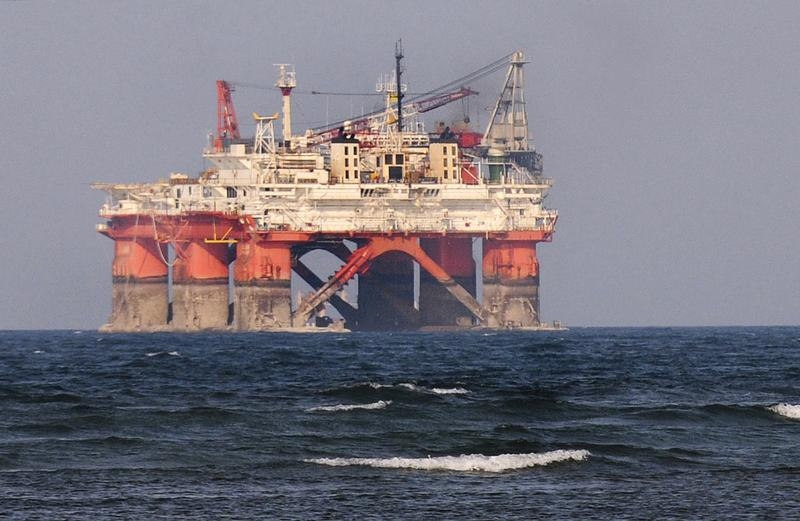 Mexico can handle what may be an underwhelming start to opening up the country’s long-shielded energy sector. On Wednesday the government could end up awarding just a handful of the 14 oil-field contracts available in the first of many auctions over the next few years as it seeks to raise some $50 billion of investment. As bad as that sounds, it’s actually no disaster.

It might appear counterintuitive though. The sale is, after all, part of landmark reforms President Enrique Peña Nieto pushed through last year to end the eight-decade monopoly of Petroleos Mexicanos. He hopes the liberalization will improve the country’s oil output – Pemex will probably produce just 2.26 million barrels per day this year and next, down from a peak of 3.4 million in 2004. Higher production in turn should boost sluggish economic growth in time to help his ruling Institutional Revolutionary Party in elections in 2018.

On the face of it, it does not bode well that four companies so far have pulled out of this stage – the Mexican units of Noble Energy and Glencore, Colombia’s Ecopetrol and Thailand’s PTT Exploration and Production.

But Wednesday’s auction is just part of a learning process. The Peña Nieto administration has been attentive to potential investors’ concerns about some aspects of the contracts it is offering and has tweaked the terms a couple of times already. That should provide some comfort that the government is serious about opening up the industry.

The results on Wednesday will also reveal what minimum investment the government wants from investors, which will give a taste of how far it’s prepared to go to maximize revenue for itself without frightening off bidders.

Deep-water fields that seem likely to spark greater interest from industry heavyweights won’t be awarded until next year. Pemex itself won’t take part in Wednesday’s auction as it wants to avoid overstretching its resources.

Energy Minister Pedro Joaquin Coldwell has already been talking down expectations, saying last week that finding takers for as few as a third of the 14 shallow-water oil-field contracts on Wednesday would be acceptable. As much as that sounds like a politician practising damage control, in this instance he has a point. Brazil, which also needs outside help to tap its energy reserves, would do well to watch and learn.

The Mexican government will announce on July 15 the results of the first installment of the so-called Round One of its landmark energy-sector liberalization. Following historic reforms last year, private companies may now bid for concessions to explore and produce oil through a multi-year series of auctions. The energy sector had previously been reserved for nearly 80 years to state oil company Petroleos Mexicanos.

Following the withdrawal of four companies earlier this month, the tender now features 18 firms prequalified as individual operators and seven consortiums bidding on 14 shallow-water exploration blocks along the southern rim of the Gulf of Mexico. In the next installment of Round One, contracts for deep-water areas will be awarded early next year. Further rounds will take place over the next several years. By 2018 the Mexican government is seeking about $50 billion in energy investment.