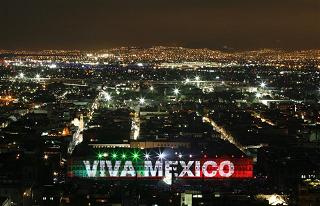 Output shrank by 0.7 pct in Q2 and the economy has grown only 1.5 pct since mid-2012, barely outstripping population gains. That could make reforms like opening oil giant Pemex to foreign investment politically even tougher – despite the fact they would ultimately boost growth.

Mexico’s real GDP declined by 0.7 percent in the second quarter of 2013, the first fall in four years, according to official statistics released on Aug. 20. Second-quarter GDP grew 1.5 percent from a year earlier.
Also on Aug. 20, the government cut its 2013 growth forecast to 1.8 percent from a prior outlook of 3.1 percent. Mexico is Latin America’s second-largest economy.
Mexico’s population is currently growing by 1.1 percent annually.