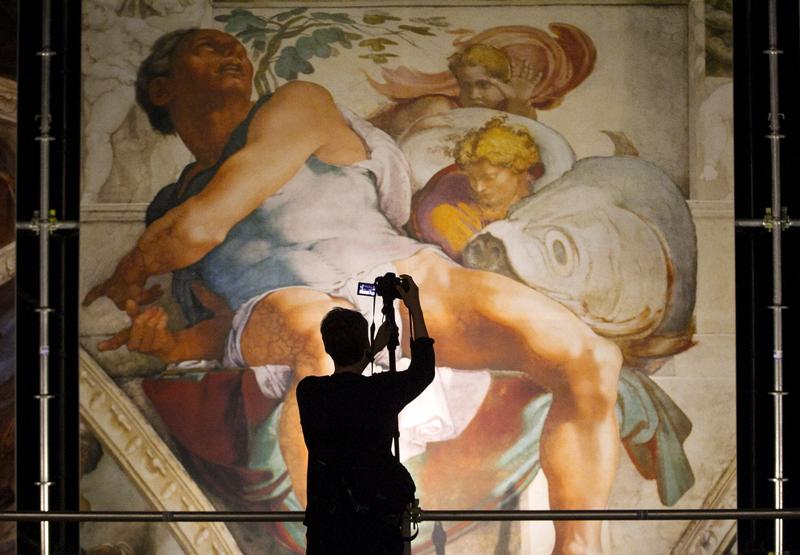 Chinese waste hauler Yulong Eco-Materials has decided to become an owner of paintings and gems instead. It’s paying $75 mln for the Italian master’s “Crucifixion” after it bought a $50 mln sapphire. Bringing art investing to public markets is a risky form of creative destruction.

Members of the media preview the world premiere of "Michelangelo's Sistine Chapel: The Exhibition" in Montreal July 7, 2015. The exhibition includes 33 reproductions of the ceiling frescoes by Michelangelo and The Last Judgement created by artist Erich Lessing and presented in their original size. REUTERS/Christinne Muschi TPX IMAGES OF THE DAY - GF10000151772

Yulong Eco-Materials said on Nov. 19 it had agreed to buy Michelangelo's “Crucifixion” for $75 million as part of a new business plan to invest in art and jewelry, adding that it would issue 7.5 million restricted shares valued at $10 apiece to pay for the painting.

The company said on Oct. 17 that it had bought a 61,500-carat sapphire for $50 million. In separate documents submitted to U.S. securities regulators, it said it was selling its main Chinese waste management and building materials business to directors of the company for $15 million.

It funded the sapphire purchase by issuing 25 million restricted shares at $2 each. It plans to take the gem, the so-called Millennium Sapphire, on a tour of museums and feature it in films.