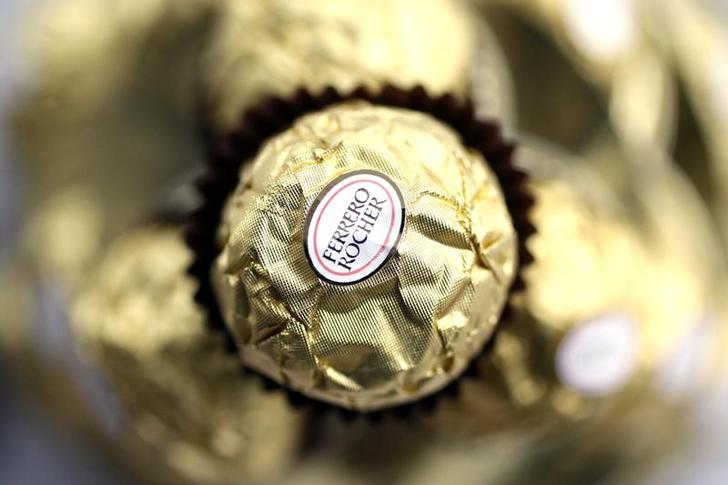 Michele Ferrero leaves a $25 billion-plus empire. The confectioner, who has died at 89, had a gift for creating and marketing treats, building Italy’s biggest fortune from nutty spread, Kinder Eggs and Tic Tacs. Stock markets and deals were both anathema. Rivals will hope his heirs tire of independence.

Unlike the Prada handbags and Ferrari sports cars behind other Italian fortunes, Ferrero trucked in affordable luxury. Nutella, first developed by his father Pietro after World War Two, eked out pricey cocoa with the hazelnuts that abounded in Northern Italy. Michele’s low profile was also the very opposite of, say, an Armani or a Berlusconi.

Yet in other ways the Nutella boss was typical. His eponymous firm was emphatically a family business, as are most great Italian concerns. He had an entrepreneur’s work ethic, leading from 1957 to 1997, and clocking in regularly long afterwards. And like the fashionistas and the petrolheads, he appreciated that the business had to outgrow Italy. Nutella first hit U.S. toast in 1983.

How big is Ferrero Group now? Accounts to August 2013 report 1.3 billion euros of annual EBITDA. A year and a half later, trailing EBITDA is probably nearer 1.4 billion euros. That suggests an enterprise value of almost 20 billion euros ($22.8 billion) at a Nestle-like multiple of 14 times. But that’s before any premium for what would be a unique, and synergy-rich, prize for Nestle, or Mondelez, Mars, Hershey, or perhaps even the deal-hungry billionaires at 3G Capital. Any sale value would surely be billions higher.

That’s all highly theoretical, though. As Michele’s son Giovanni, sole chief executive since his brother’s death in 2011, insisted two years ago, after bid rumours: “We were born a family business and we intend to remain that way.” While squabbling factions can push some family groups to sell out, control is tightly held here, and the business does not want for capital.

A public listing would be slightly more plausible – assuming the family wanted to diversify their wealth but keep control. Most Milan stocks have controlling shareholders and new rules granting extra votes to long-term holders are especially kind to market debutants. But it seems more likely that Michele Ferrero’s legacy – and his self-reliant ethos – will endure.

A Ferrero Rocher chocolate is seen in Milan.

Michele Ferrero, Italy’s richest man and the owner of a global chocolate and confectionery empire, died on Feb. 14 aged 89. Ferrero dreamt up the chocolate-and-hazelnut Nutella spread, Ferrero Rocher pralines, Kinder Eggs and Tic Tac sweets. He turned a provincial chocolate factory into what is widely seen as Italy’s most valuable privately-owned company.

The billionaire died at home in Monaco after months of illness, the group said in a statement. Italian President Sergio Mattarella said he was deeply touched by Ferrero’s death, calling him a “born entrepreneur.”

Forbes estimates the Ferrero family’s net worth at $23.4 billion. The company’s last published consolidated accounts, for the 12 months to Aug. 31, 2013, show it made net profit of 545 million euros on net sales of 8.1 billion euros.