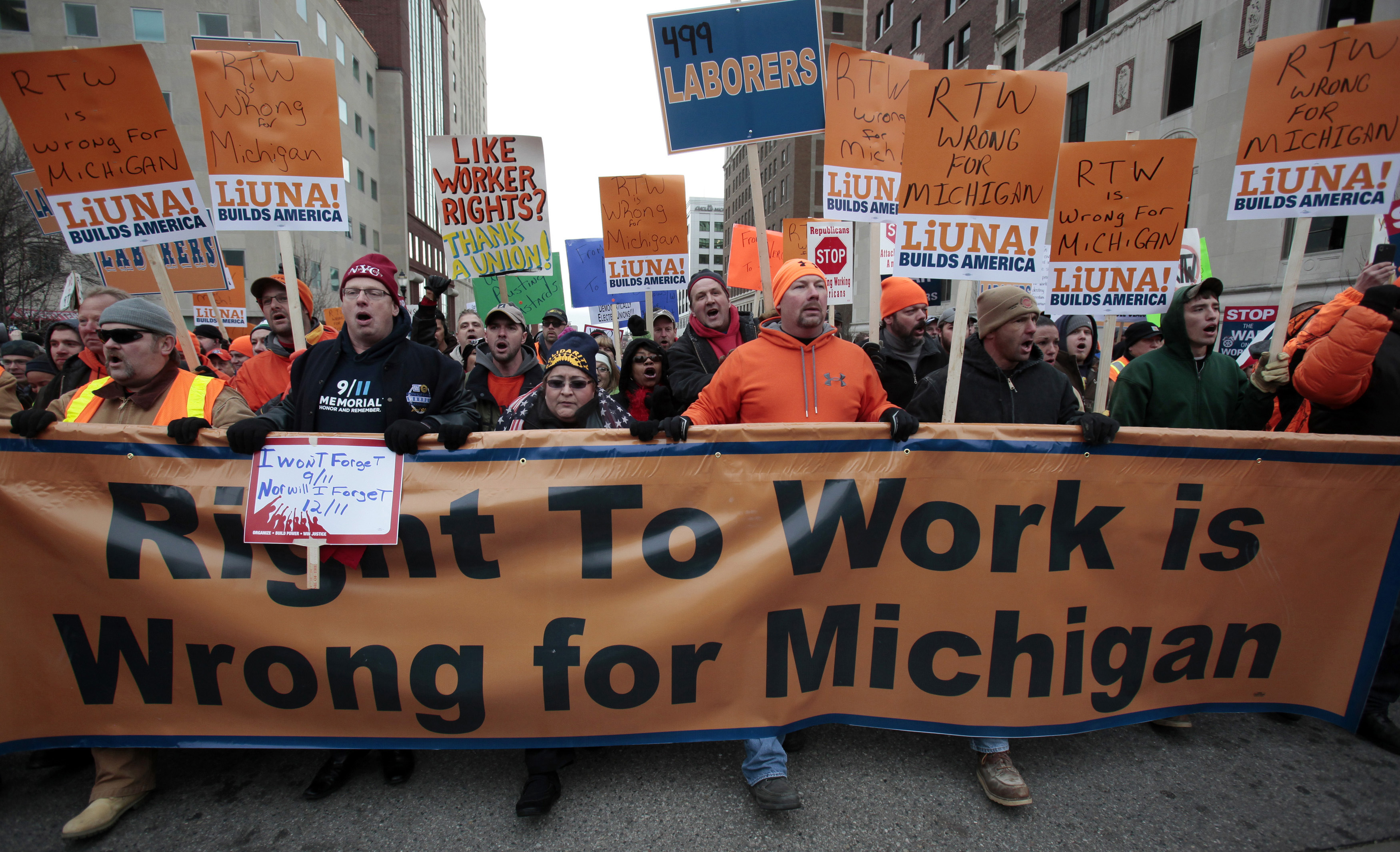 The home of the U.S. auto industry has joined 23 other states that allow workers to opt out of union membership. That could attract jobs, but is also likely to bring lower average wages. In a global market, becoming sustainably competitive isn’t necessarily comfortable.

Union members and supporters march to the Michigan State Capitol building to protest against right-to-work legislation in Lansing, Michigan

Michigan on Dec. 11 became the 24th U.S. state to pass so-called right-to-work laws under which employees may not be compelled to join a union. They will take effect from April 1, 2013. Nineteen states passed such laws before 1965. Louisiana followed in 1976, Idaho in 1984 and Oklahoma in 2000. Indiana became the 23rd such state on Feb. 1 this year.
Between December 2011 and October 2012, Michigan’s unemployment rate decreased from 9.3 percent to 9.1 percent. According to the Heritage Foundation, right-to work states had an average unemployment rate of 9.2 percent in 2010 compared with 9.9 percent in other states. An Economic Policy Institute study in August 2011 suggested that right-to-work laws reduce wages by an average of 6.5 percent, or 4 percent after adjusting for the lower average cost of living in right-to-work states.