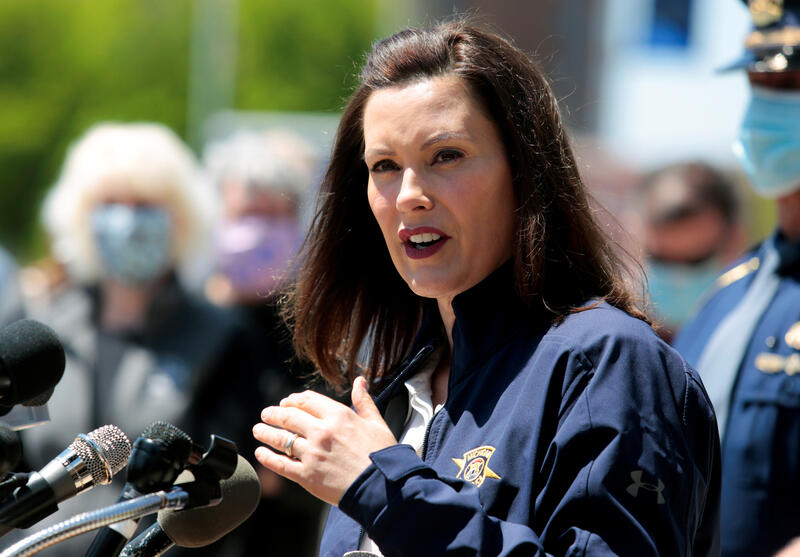 The road to infrastructure is dotted with political potholes. Michigan Governor Gretchen Whitmer has found a way to navigate some of them. Her push to rebuild crumbling roads in the midwestern U.S. state led her to bypass Republican opposition. While that has so far delivered short-term gains, those might be the key to getting long-term projects done – something that might also be on the minds of politicians in Washington.

Whitmer’s campaign slogan of “fix the damn roads” drove her to victory in 2018’s gubernatorial election, making Michigan a good window into America’s need for better infrastructure. Michigan’s highways and bridges had a D+ grade from the American Society of Civil Engineers. It ranked the lowest in the country for state and local allocations for infrastructure spending, contributing 6.4% compared to the national average of 10.6%.

But she encountered political pushback not dissimilar to that facing President Joe Biden, who is wrestling with Congress over his proposed $2 trillion national spending program. In Whitmer’s case, the Republican-controlled legislature opposed a hike to the gasoline tax. So Whitmer proposed issuing $3.5 billion of state bonds instead. That didn’t need Republican support, but limited what Whitmer could spend it on – for example, fixing state roads but not local ones.

The result has been a boost for labor, and for Whitmer. The pandemic drove unemployment in Michigan to nearly 24% and construction jobs fell by 40%. In March, employment in that sector was virtually back to pre-pandemic levels. Meanwhile, the governor had a 53% job approval rating in March, according to a Marketing Resource Group poll, even though Covid-19 cases have hit the highest infection rate in the country.

Short-term or political gains shouldn’t drive infrastructure spending, but Michigan shows that they can be what makes longer-term plans possible. Biden has so far attempted to win over Republican deficit-phobes. But he has another option, which is to try to pass a bill through a process known as budget reconciliation, without Republican approval. So far, he hasn’t gone down that road, which could alienate his opponents even more.

The problem is that the real returns from infrastructure take years to show, and U.S. politics moves at a faster pace. Congress is dominated by Democrats now, but it could flip to Republican control if voters don’t see signs of progress in time for the 2022 midterm elections. Then, infrastructure plans would be back to square one – to the detriment of voters on both sides. The fastest route might not be the smoothest, but it’s better than not setting off at all.

The previous day, Biden met with a bipartisan group of lawmakers as part of his lobbying efforts for that proposal. Those members of Congress, such as Senator Mitt Romney, have all previously served as mayors or governors.

Michigan Governor Gretchen Whitmer addresses the media about the flooding along the Tittabawassee River, after several dams breached, in downtown Midland, Michigan, U.S., May 20, 2020.

The previous day, Biden met with a bipartisan group of lawmakers as part of his lobbying efforts for that proposal. Those members of Congress, such as Senator Mitt Romney, have all previously served as mayors or governors.