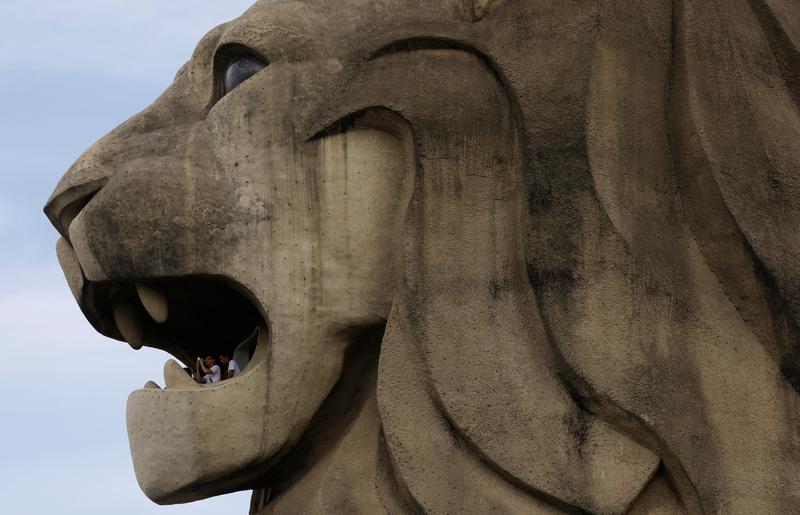 Revised GDP revealed a surprisingly strong 5.2 pct quarterly lift for the city-state’s $300 bln economy. As in other parts of the world, however, the expansion has yet to power wages or jobs. Cyclical semiconductor output flatters the figures and warrants investor caution.

or
Request a Free Trial
or
Al Gore makes appropriately hedged bet on UK power
Sign in to your Breakingviews account
If you need assistance please email breakingviews.clientsupport@thomsonreuters.com

The government also lifted its full-year forecast, and now expects growth of 3 percent to 3.5 percent. In August, the 2017 outlook was between 2 percent and 3 percent.

People look out from the mouth of the tourism icon the Merlion in Sentosa, Singapore September 5, 2017. REUTERS/Edgar Su - RC1170F1D420

The government also lifted its full-year forecast, and now expects growth of 3 percent to 3.5 percent. In August, the 2017 outlook was between 2 percent and 3 percent.