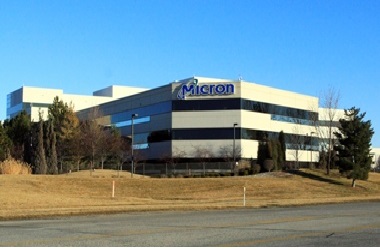 Micron would be a less-than-fab deal for China. Beijing sees its reliance on foreign tech as a strategic weakness, and has already struck several small deals to boost its own semiconductor industry. Yet a mooted $23 billion purchase of the U.S. memory-chip maker would be a much tougher proposition.

The Wall Street Journal says Tsinghua Unigroup, controlled by the prestigious Tsinghua University, is preparing to bid $21 per share for U.S.-listed Micron, the world’s second-largest maker of DRAM chips for PCs, phones and servers.

In principle, that makes sense. Beijing is targeting huge growth in semiconductors – revenues rising 20 percent a year through 2020. And Unigroup has emerged as the national champion, recently spending $2.3 billion buying two other chip companies. Moreover, the political imperative probably means Unigroup can count on state funding for the huge sums required.

But there’s a long way to go. First, this deal sounds opportunistic. A 19 percent premium to the previous close looks cheap, especially since shares had halved this year. Slumping PC sales are a real problem. But an implied multiple of 7.8 times earnings for the year ending in August looks miserly when the industry trades on 15 times forward earnings. Shareholders – such as hedge fund manager David Einhorn, a loud and recent convert – may hold out for more.

Second, the deal will surely attract political scrutiny – especially since China’s efforts to beef up cybersecurity laws that favour domestic tech companies are already irking Washington. A Committee on Foreign Investment review could be hard going. It won’t be lost on U.S. officials that China has been pursuing deals for strategic reasons.

Third, owning Micron itself will not be straightforward. China has little experience buying and integrating foreign businesses of this size. This deal would be by some way the largest ever Chinese takeover of a U.S. company. Retaining Micron staff and management, bringing manufacturing operations to the mainland, and potentially consolidating the business with Unigroup’s other investments, will be no picnic.

State-backed Chinese tech conglomerate Tsinghua Unigroup is preparing a $23 billion bid for U.S. memory chip maker Micron Technology, the Wall Street Journal reported on July 14, citing people familiar with the matter. Unigroup is preparing to bid $21 per share for Micron, a 19.3 percent premium to the stock’s close on July 13, the newspaper said.

The Journal earlier reported a bid had been submitted. A Micron spokesman however said that while the company did not comment on rumours or speculation, it had not received an offer. A Tsinghua Unigroup spokesman said he did not know anything about the reported deal, while a person close to Unigroup told Reuters it was not clear it had received Chinese regulatory approval for an overseas takeover.

U.S.-listed Micron is the world’s second largest maker of dynamic random access memory chips by market share with 28 percent of the market, according to data from Bernstein. These memory chips are mostly used in personal computers.

Unigroup is a subsidiary of Tsinghua Holdings, the investment arm of the prestigious Tsinghua University.

Unigroup has been aggressively acquiring both domestic and foreign tech companies. In July last year, the group bought a U.S.-listed chip designer RDA Microelectronics for $908 million. Unigroup also took control of the Shanghai-based processor-maker Spreadtrum Communications in the previous year.

Another subsidiary of Tsinghua Holdings bought a 51 percent stake in Hewlett-Packard’s data networking business for $2.3 billion in May.