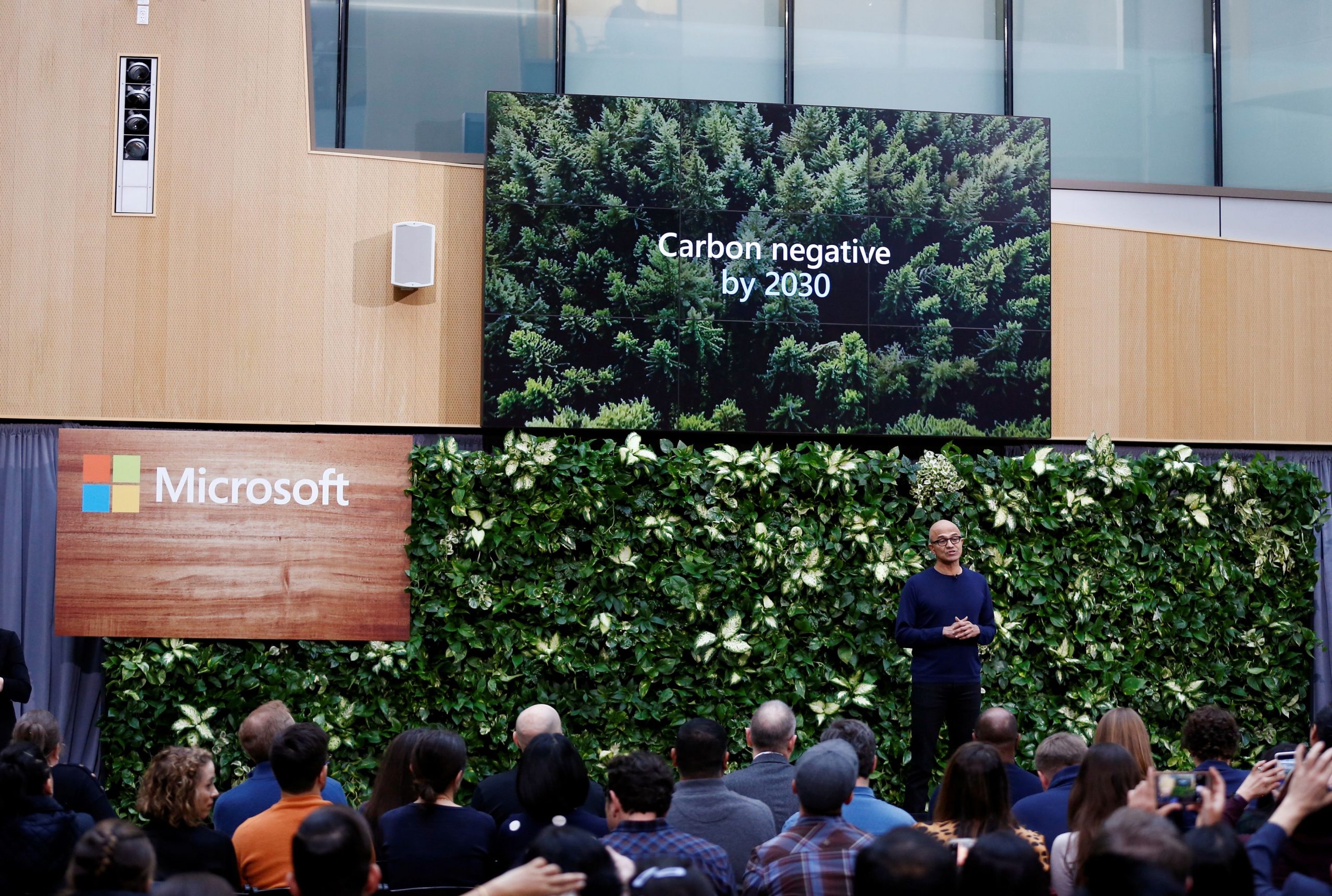 The $1.3 trln software firm’s plan to remove all carbon it has ever produced raises the bar for rivals seeking to appear green. Funding tech to remove atmospheric CO2 adds a multiplier effect. The only way Microsoft could improve on this would be to ditch its dirtier customers.

Microsoft CEO Satya Nadella speaks as Microsoft announces plans to be carbon negative by 2030 and to negate all the direct carbon emissions ever made by the company by 2050 at their campus in Redmond, Washington, U.S., January 16, 2020.

Microsoft pledged on Jan. 16 to remove more carbon from the atmosphere than it produces by 2030. It also aims to remove from the environment by 2050 all carbon the company has emitted directly, or indirectly, since its founding.

In order to reach these goals, the firm plans to cut direct and indirect carbon emissions by more than half by 2030 and invest $1 billion over the next four years in carbon removal technology via its new Climate Innovation Fund. All divisions will pay a fee per ton of all emissions, and the funds will pay for sustainability projects.

Microsoft estimates the company is responsible for about 16 million metric tons of carbon this year. Of this about 75% is indirectly produced through measures such as employees’ business travel and electricity consumed by customers using its software.