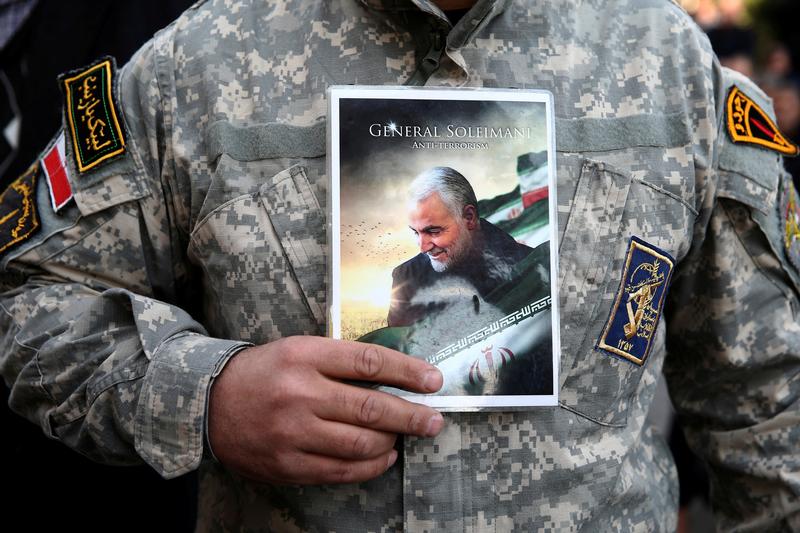 Oil prices rose more than 3% and global bourses fell after a U.S. air strike killed Iran’s top military leader, Qassem Soleimani. The Islamic republic may well follow up its rhetoric of revenge with action. Investors now have a real war, not just a trade one, to fret about.

A demonstrator holds the picture of Qassem Soleimani during a protest against the assassination of the Iranian Major-General Qassem Soleimani, head of the elite Quds Force, and Iraqi militia commander Abu Mahdi al-Muhandis who were killed in an air strike in Baghdad airport, in Tehran, Iran January 3, 2020.

The United States killed Iranian Major-General Qassem Soleimani, head of the elite Quds Force and architect of Iran's spreading military influence in the Middle East, in an air strike on Jan. 3 at Baghdad airport. Top Iraqi militia commander Abu Mahdi al-Muhandis, an adviser to Soleimani, was also killed in the attack.

Iran has been locked in a long conflict with the United States that escalated sharply last week with an attack on the U.S. embassy in Iraq by pro-Iranian militiamen following a U.S. air raid on the Kataib Hezbollah militia, founded by Muhandis.