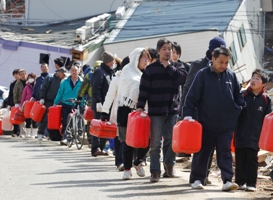 Emigration is controversial in Portugal and immigration is unpopular in the UK. But resistance to the free movement of people is mostly economic nonsense. In Europe’s troubled single market, it’s dangerous nonsense. Labour mobility is a most helpful structural reform.

British Prime Minister David Cameron said on July 3 that he would consider restricting the immigration of Greeks and other struggling euro zone countries.
“The legal position is that if there are extraordinary stresses and strains it is possible to take action to restrict migratory flows, but obviously we hope that doesn’t happen,” he told a parliamentary committee.
Greece’s co-ruling socialist party PASOK responded with a note on July 4 saying that the idea would “violate all principles, basic freedoms and rules of the European Union”.
In December 2011, Portuguese Prime Minister Pedro Passos Coelho said that unemployed teachers should consider migrating to “alternatives in the whole Portuguese-speaking market.”
“In Angola, and not just there, in Brazil as well, there is a great need for a trained workforce for primary and secondary education,” he said.