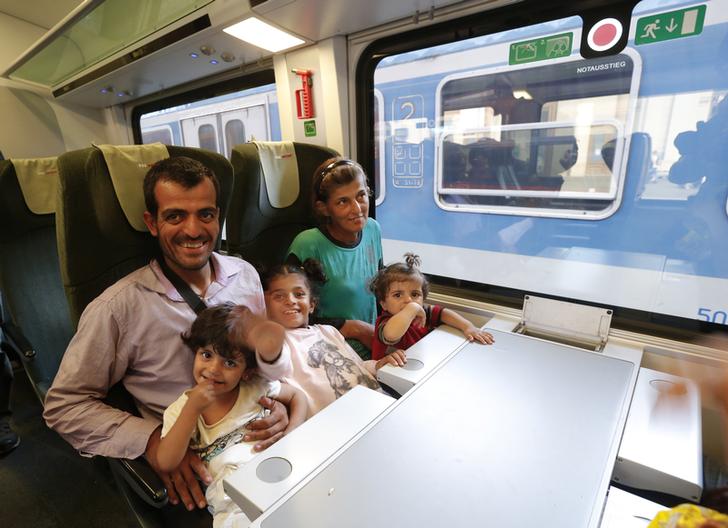 Uncontrolled migration is emotive, terrifying and complicated. It is also analogous to an age-old test of finance. In both spheres, high returns attract new entrants who threaten incumbents’ comfortable state. The possible responses are also similar: shut out competition, or find new, better ways to benefit everyone.

For the desperate people fleeing war-ravaged countries like Syria, prosperous Europe has obvious appeal. It also does for economic migrants seeking better jobs – even with the European Union’s 1.3 percent growth and 9.5 percent unemployment rate. While the two kinds of movement are different, they are hard to tell apart. Slovakia’s prime minister, Robert Fico, believes 95 percent of migrants are economic rather than political.

In the financial world, industries with perceived high returns attract competition, which creates fear. Slovakia’s defensive approach to migrants follows the same logic. Its population has barely increased since 2000, but wages have increased at a relatively comfortable 2.6 percent a year over that time.

Where industries are concerned, shutting borders is sub-optimal. Think of France’s defence of industries like yoghurt and online video from foreign buyers, or provision of illegal tax breaks to its energy sector. Allowing investment to move freely, companies to be bought and unsuccessful businesses to fail – as happens more in Britain and Germany – is better.

Voters and politicians have more complex worries than investors, like protecting cultural identity and living space. But their options are similar: shut out competition, or live with it. Hungary’s razor-wire fence along its border with Serbia, an example of the former, is unlikely to succeed. German Chancellor Angela Merkel seems to have a better approach. While calling for other member states to share the burden, she asked her own citizens on Aug. 31 to be flexible and open.

Europe is not helpless. Further economic gains can be created by advancing the single market in services and corporate finance. Smaller countries with less developed financial systems – like Slovakia – would benefit disproportionately. The migration crisis could yet create economic divisions and dangerous political extremism. But if leaders can look beyond xenophobic rabble-rousing, it could also act as a spur to better productivity – and stronger economies.

Migrants sit in a train to Austria at a train station in Budapest, Hungary, August 31, 2015.

German Chancellor Angela Merkel likened the test Germany faces in coping with a flood of refugees to the challenge of reunifying the country 25 years ago, and called on citizens on Sept. 1 to show flexibility, patience and openness.

Her government has said it expects roughly 800,000 people to seek asylum in Germany this year, nearly four times as many as last year and far more than any other country in the European Union.

Merkel described the discovery of 71 dead migrants in an abandoned truck in Austria last week as an “unfathomable atrocity”.

Hundreds of migrants demonstrated outside a closed railway station in Budapest on Sept. 1, demanding that they be allowed to travel on to Germany, Reuters reported.

Net migration to the United Kingdom reached a record level of 329,000 in the 12 months ending in March, according to data released on Aug. 27. Prime Minister David Cameron had vowed to cut the numbers to below 100,000 by May. A total of 11,600 people were granted asylum or an alternative form of protection.

The European Union has eliminated border controls between 26 “Schengen area” states but requires asylum seekers to apply in the first EU country they reach.