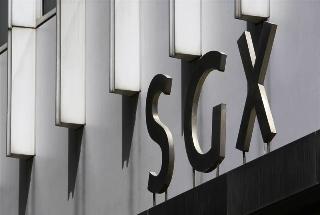 A bid from the Chinese food group’s largest shareholder has neutralised questions about the company’s accounts. It’s a reminder of the risks for short-sellers going after Asian targets. But the ongoing slide at commodities trader Olam shows concerns aren’t easily dismissed.

The Singapore Exchange (SGX) sign is seen outside its building in Singapore April 19, 2011.

Indonesia’s Indofood on Sept. 2 launched a takeover offer for China Minzhong that valued the food producer at S$734 million ($575 million), just days after an attack by a short-seller eroded almost half of the Chinese firm’s market value.
Indofood, already China Minzhong’s largest shareholder, said it had increased its stake to 33.5 percent for S$1.12 per share, triggering a mandatory offer for the rest of the company.
Minzhong’s share price plunged to S$0.53 at the close of Aug. 26, implying a market capitalization of S$347 million, after California-based Glaucus Research issued a report questioning the company’s accounting.
Minzhong said on Sept. 1 that the allegations “arose out of a complete lack of understanding of the way we conduct our business as well as the operating environment in the People’s Republic of China”.
Last year, Temasek Holdings raised its stake in commodities firm Olam International after short-seller Muddy Waters questioned its business practices. On Sept. 2 this year, Muddy Waters again questioned Olam’s business model, stating: “The Company has simply borrowed too much money, and then invested in projects that will not generate sufficient returns to repay its debt obligations.”
Shares in China Minzhong were trading at S$1.12 on the afternoon of Sept. 3. Shares of Indofood dropped 9 percent to 5,900 rupiah on Sep. 2, before recovering slightly to 5,950 rupiah on Sep. 3.