A league of its own 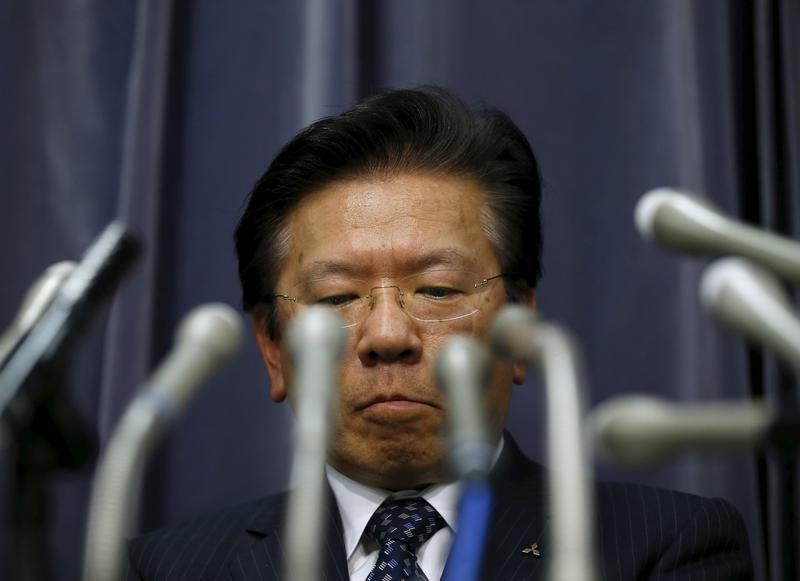 When Volkswagen’s emissions fraud was first uncovered last September, investors panicked, believing it presaged an industry-wide scandal. After Volkswagen had been outed for installing devices that allowed some of its cars to pretend to meet environmental standards in the United States, shares of rival European carmakers plummeted by as much as a fifth.

Yet despite tight scrutiny by regulators, environmental campaigners and the industry itself, it has taken seven months for another auto company to admit cheating. Mitsubishi Motors on Tuesday said that it manipulated the fuel economy data of 625,000 mini-cars sold in Japan.

Investors punished the Tokyo-based company by incinerating $1.2 billion, or 15 percent, of its market value. It’s bad news for Mitsubishi today that may bring good news to the sector tomorrow by potentially hastening consolidation among Japan’s overcrowded car business. With annual production of just 1 million vehicles, $6.6 billion Mitsubishi is the sixth-largest Japanese carmaker.

But the wider impact of Mitsubishi’s misconduct seems limited. The most important read-across is that outright emissions fraud in the industry seems to be less prevalent than investors first feared. For now, the scope of Mitsubishi’s misconduct appears smaller and domestically confined. Volkswagen, meanwhile, had equipped 11 million diesel vehicles globally with so called “defeat devices” designed to hoodwink regulators. The German company remains in a cheat league of its own.

This by no means implies that the industry’s headache over vehicle emissions has passed. Most carmakers comply with the text of the law, if not with its spirit. The International Council on Clean Transportation says real-use carbon dioxide emissions of passenger cars sold in the European Union are currently 40 percent higher than in official laboratory tests. In 2001, before tighter emissions targets were in place, the gap stood at just 8 percent. Carmakers are using any loopholes in the test procedures they can find, such as optimising aerodynamics by removing wing mirrors, or using oven-hardened tyres.

Following the scandal at Volkswagen – for which its stock is still 20 percent underwater – cavalier approaches to minimizing emission-control technology costs have no future. Policymakers are already tightening test procedures, and some manufacturers, like Peugeot are commissioning independent audits. In the case of Mitsubishi, it appears as if an inquiry by Nissan Motor, one of its partners, precipitated the revelation. The bad eggs it seems are few, and unable to hide.

Mitsubishi Motors admitted to manipulating test data to overstate the fuel economy of 625,000 cars sold in Japan. Its shares dropped more than 15 percent on April 20, reducing the company’s market capitalisation by $1.2 billion.

The Japanese automaker said it stopped making and selling its eK mini-wagons for the domestic market after Nissan Motor, which markets a similar model made by Mitsubishi, found a discrepancy in fuel-efficiency test data.

Mitsubishi Motors (MMC) said the fuel economy levels of models made for the local market were up to a tenth lower than stated in its test results. It said it manipulated those levels to gain a favourable reading for its fuel-economy certification.

The company said: “We found that with respect to the fuel consumption testing data submitted to the Ministry of Land, Infrastructure, Transport and Tourism, MMC conducted testing improperly to present better fuel consumption rates than the actual rates; and that the testing method was also different from the one required by Japanese law. We express deep apologies to all of our customers and stakeholders for this issue.”