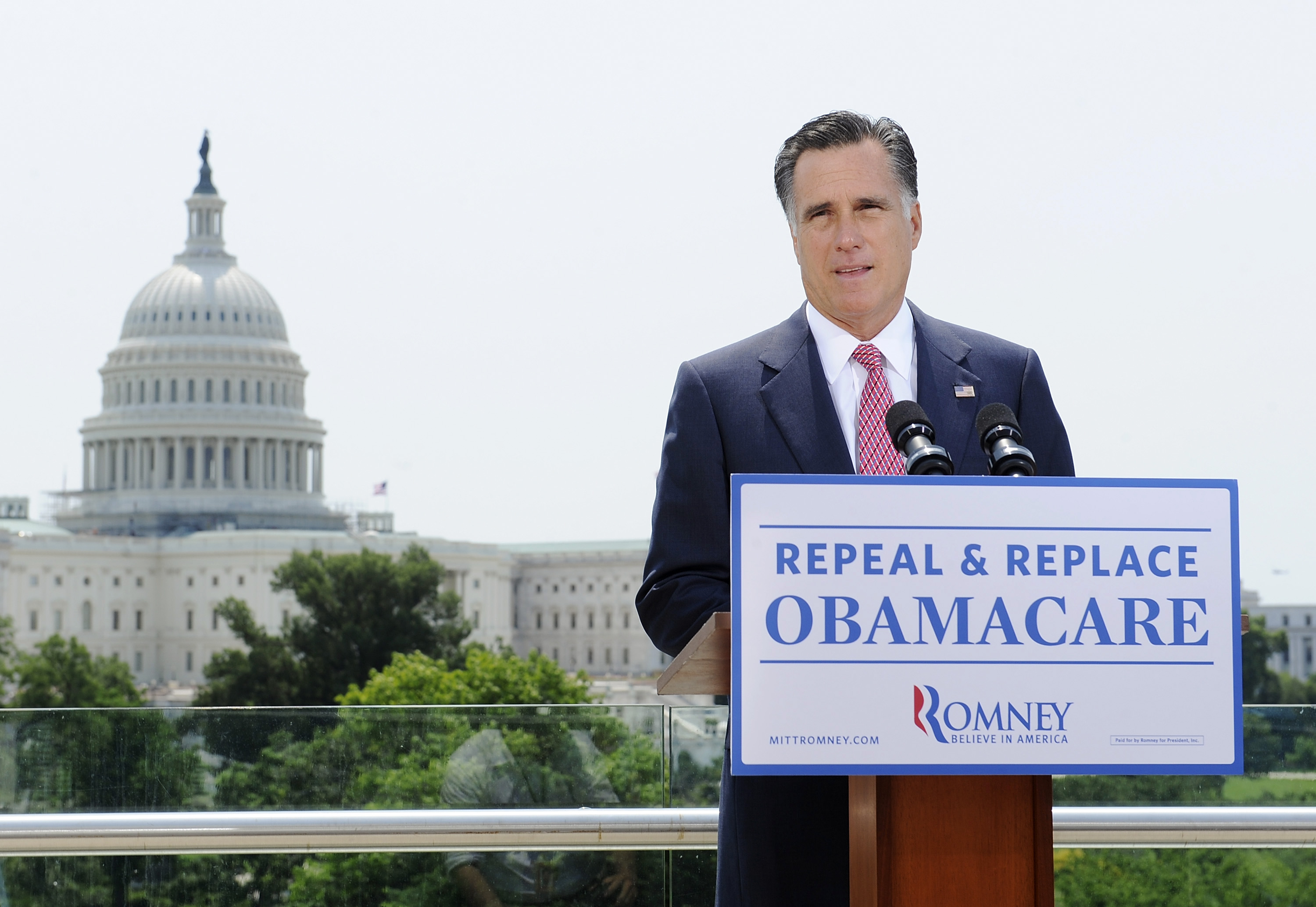 The Republican presidential hopeful is hell-bent on repealing Obama’s Affordable Care Act. Making it a “day one” initiative, should he win, could undermine action on pressing economic issues, like unemployment. Such a move also would set a bad tone for dealing with Democrats.

Romney said in a July 4 interview with CBS News that he was “vehemently” against a U.S. Supreme Court ruling that upheld the law, known as the Affordable Care Act. Since the court decided that a portion of the law was a tax, Romney chastised the president for breaking his promise not to raise taxes on middle-income Americans.

“Not only did he raise the $500 billion that was already in the bill, it’s now clear that his mandate, as described by the Supreme Court, is a tax,” Romney said in the interview.