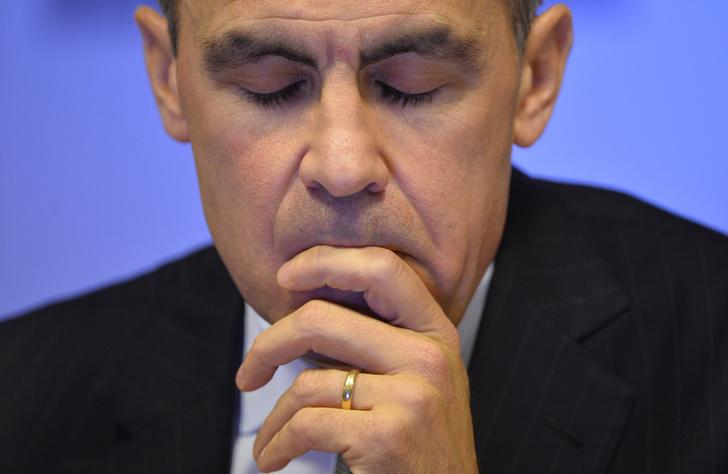 Mark Carney has his job cut out to avoid policy mistakes. Timing the first interest rate rise in eight years was never going to be easy for the governor of the Bank of England. To make matters worse, the compasses guiding his band of rate-setters look decidedly flawed.

First, recent economic signals are sending very mixed messages. Factory growth and export orders are either on the mend or down in the dumps. It all depends on whether rate-setters choose to focus on the unexpectedly strong October purchasing managers’ survey released on Nov. 2 or the much weaker British Chambers of Commerce report released a day later and the dismal Confederation of British Industry sounding published on Oct. 26.

Second, deciding which of the old economic certainties still hold water is proving challenging. The traditional relationship between falling unemployment and higher inflation rates has, perhaps temporarily, come unstuck. And it’s unclear how much policymakers or markets should be concerned about issues that textbooks might identify as weaknesses.

One such is Britain’s current account deficit, which hit a record high of 5.1 percent of gross domestic product in 2014 and which Carney in August identified as one of the top risks to financial stability. Data released since then showed the deficit narrowed to a two-year low of 3.6 percent of GDP in the three months to June.

But perhaps there was never much reason to worry, according to Philip Lane, who is set to join the European Central Bank Governing Council. In a paper published on Nov. 3, Lane says the deficit may have widened because British-based firms were moving nominal headquarters to countries such as Ireland or Luxembourg for tax reasons – shifts which would have little net impact on the underlying international investment position. Without more digging, the authorities would struggle to know for sure.

Central bankers can rarely send investors crystal-clear messages when they are finding it so hard to see which way the needle is pointing. While that’s the case, it’s inevitable that markets will sometimes lurch in strange and unpredictable directions.

Bank of England Governor Mark Carney listens during the bank's quarterly inflation report news conference at the Bank of England in London November 13, 2013.

UK exporters experienced the weakest growth in orders since 2009 in the three months to September, a British Chambers of Commerce survey showed on Nov. 3. That contrasted with an unexpectedly strong October purchasing managers’ survey on Nov. 2 which showed factory growth at 16-month highs and a recovery in export orders.

A Confederation of British Industry quarterly survey published on Oct. 26 showed factory orders suffered their biggest quarterly fall in three years in the three months to October as a slowdown at home compounded export problems.