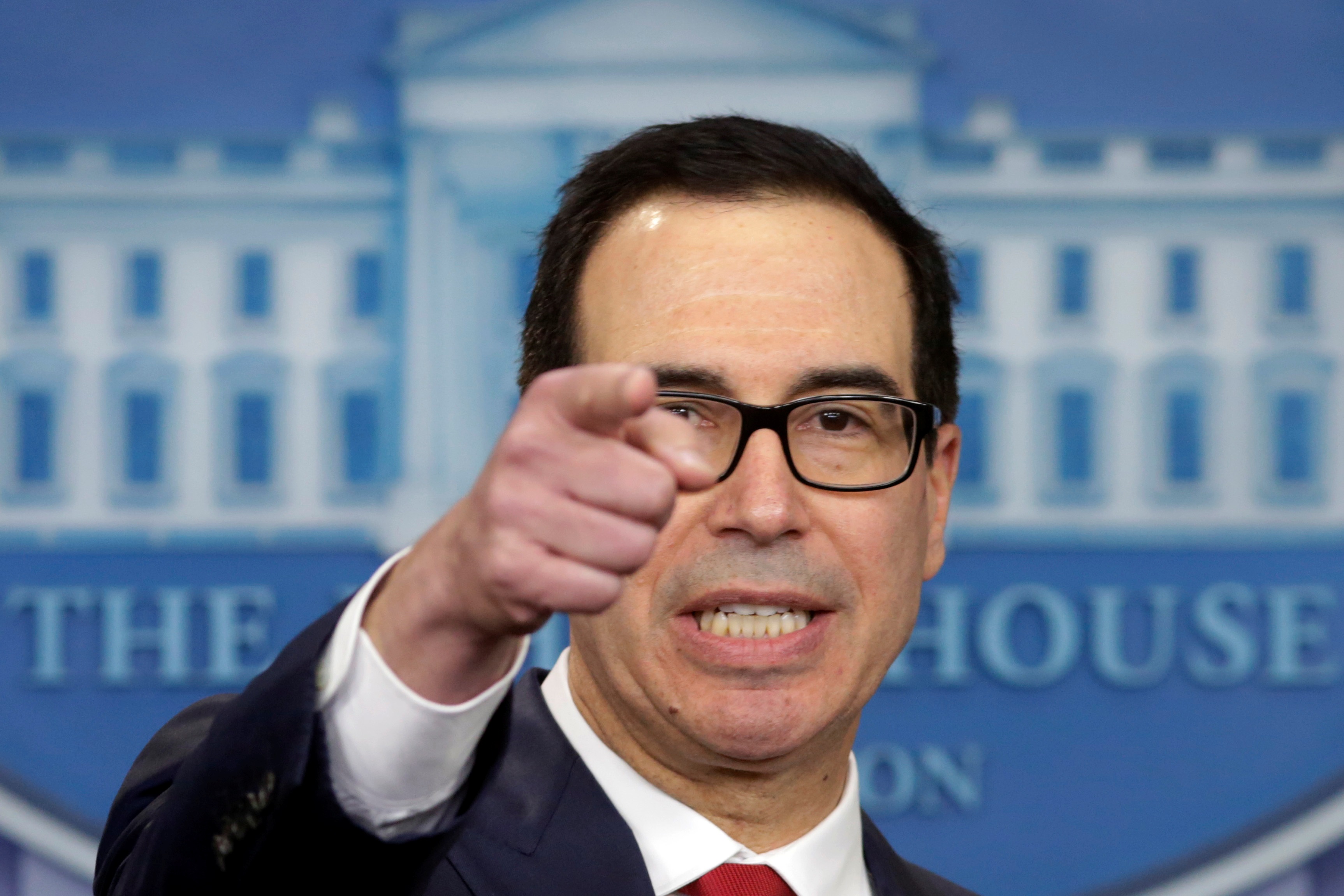 The U.S. Treasury secretary, contradicting forecasts, expects tax cuts to pay for themselves. The New York Fed chief fears growing deficits and debt. Republicans may nod to the former but enough probably worry about the latter to hamper new outlays on infrastructure and the like.

U.S. Treasury Secretary Steve Mnuchin gestures during a news briefing at the White House in Washington, U.S., to announce sanctions against Venezuela, August 25, 2017.

U.S. Treasury Secretary Steven Mnuchin said on Jan. 12 that he expects the recently passed tax bill to generate more than $1 trillion in growth, paying for itself over a 10-year horizon. The Joint Committee on Taxation has estimated that the tax cuts, notably a reduction in the corporate levy to 21 percent from 35 percent, will increase U.S. deficits by $1.1 trillion to $1.5 trillion over a decade.

William Dudley, president of the Federal Reserve Bank of New York, said on Jan. 11 that America’s current fiscal path is “unsustainable” in the longer run and that the situation would be exacerbated by the tax cuts. He also said that the tax reductions risk overheating the economy and may lead to higher debt-servicing costs if interest rates increase as a result.

Several senators met with administration officials on Jan. 9 to discuss legislation to spend up to $1 trillion on infrastructure improvements.