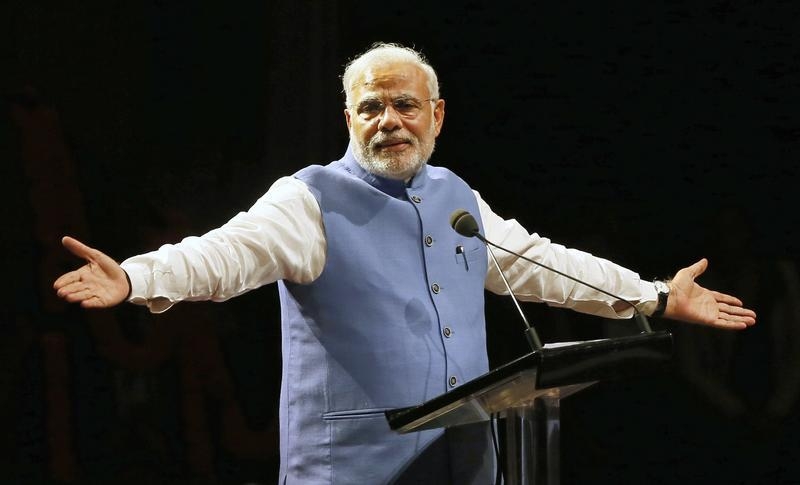 Modi mania may be over but nobody seems to have told the Indian diaspora. Prime Minister Narendra Modi will address a crowd of around 60,000 at London’s Wembley Stadium during a three-day visit to the United Kingdom later this week. After a big election defeat in Bihar, the country’s third most populous state, the rockstar welcome looks ill-timed.

Eighteen months after his landslide election victory, overseas enthusiasm for Modi is still strong. The invitation-only event, which coincides with the festival of Diwali, will attract three times as many admirers as his sell-out gig at New York’s Madison Square Garden last year.

It makes sense for Modi to court his fans abroad. India’s diaspora has savings of $44 billion, just behind the overseas populations of Mexico and China, according to the World Bank. But the euphoria seems out of tune with current affairs. For one, the rapturous reception called “Two Great Nations. One Glorious Future” glosses over poor relations between the United Kingdom and India.

At home, things aren’t great either. The heavy defeat in the Bihar election will make it harder for the prime minister’s Bharatiya Janata Party to win support in the upper house for stalled landmark reforms on tax and land. The stock market, a good barometer of hope, is down 4 percent so far this year.

Sentiment has soured in recent weeks as members of the BJP and its powerful backers have engaged in what Moody’s Analytics has called the “belligerent provocation” of India’s religious minorities. The country’s main opposition party called the Bihar victory “a decisive mandate against divisiveness”.

Modi was subject to a 10-year diplomatic boycott by the United Kingdom after deadly communal riots in Gujarat while he was chief minister. His recent reluctance to confront religious intolerance in his Hindu nationalist party has intensified worries that such issues will derail economic reforms. Against this troubling backdrop, Modi’s stadium show strikes a bum note.

India’s Prime Minister Narendra Modi will address a crowd of more than 60,000 at Wembley Stadium in London on Nov. 13 during a three-day visit to the UK.

Tickets for the event called “Two Great Nations. One Glorious Future” will be distributed free-of-charge through a lottery system to members of the general public who have applied for an invitation and also through over 400 not-for-profit organizations.

Modi will address the crowd in Hindi at the event which coincides with Diwali, a five-day festival celebrated by Hindus, Sikhs and Jains that coincides with the Hindu New Year. The event is being organized by the Europe India Forum, a not-for-profit group.

Modi’s Bharatiya Janata Party suffered a heavy defeat on Nov. 8 in an election in Bihar, India’s third most populous state. An anti-Modi alliance led by Chief Minister Nitish Kumar was ahead in 179 seats in the 243-seat regional assembly, tallies compiled by the election commission showed.