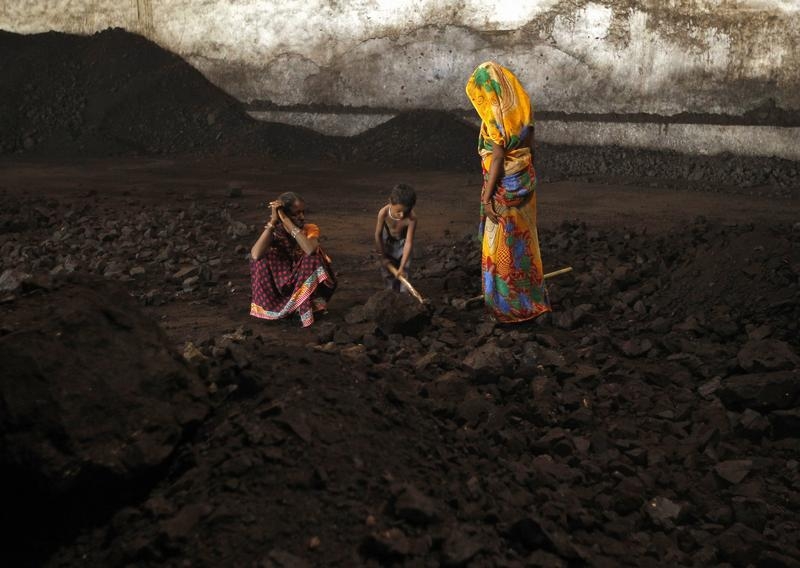 The government is selling a 10 percent stake in the lumbering monopoly to meet its deficit target. A pledge to ramp up domestic production makes it easier to lure buyers. Still, investor enthusiasm for Coal India shares will set the tone for a big pipeline of chunky deals.

Labourers rest as a boy playfully shovels coal at a yard in the western Indian city of Ahmedabad November 20, 2014

India’s government on Jan. 29 set a minimum price of 358 rupees per share for the sale of a 10 percent stake in state-controlled monopoly Coal India.

The price represents a 4.5 percent discount to Coal India’s closing share price on the same day. The sale could raise more than 226.1 billion rupees ($3.7 billion).

The government, which currently owns 90 percent of Coal India, committed to sell at least 315.8 million existing shares with the option to sell an additional tranche of the same size depending on demand. The sale is due to open and close on Jan. 30.

Of the offering, 20 percent will be reserved for retail investors.

The sale will help the government to meet its pledge to narrow the fiscal deficit to 4.1 percent of GDP in the financial year that will end on March 31.

Bank of America Merrill Lynch, Credit Suisse, Deutsche Bank, and Goldman Sachs are among the brokers leading the deal.

Shares of Coal India have risen 9 percent since May 16, 2014 when Narendra Modi was elected as the country’s new prime minister. Over the same period, the benchmark CNX Nifty Index has risen 24 percent.