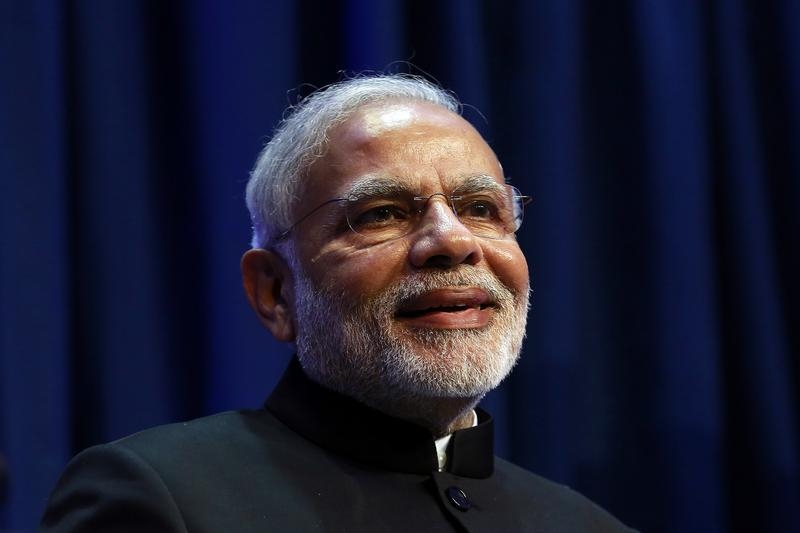 Narendra Modi’s visit to Silicon Valley should be a reminder that size isn’t everything. The Indian leader is heading to California to meet Facebook’s Mark Zuckerberg and visit Google days after U.S. tech titans posed for pictures with his Chinese counterpart Xi Jinping. Though India’s economy is smaller and harder to navigate, at least the door is open to foreign groups.

China is still the big prize. Technology purchases in the People’s Republic will reach $136 billion this year, four times more than in India, according to Forrester. Morgan Stanley reckons that China is over seven years ahead of India when it comes to internet penetration and adoption of online shopping. It’s also an easier place to operate, ranking 90 out of 189 countries in the World Bank’s ease of doing business survey. India languishes at 142.

Yet the Indian prime minister can offer American companies a welcome they won’t get from Xi. China’s internet censors effectively keep the likes of Facebook and Google at bay. Though Apple’s iPhone has conquered consumers in the People’s Republic, hardware firms are struggling with increasingly intrusive regulations. And despite the Chinese president’s denials, many U.S. groups remain convinced that Beijing has endorsed cyberattacks against them.

By contrast, India offers lots of potential and its doors are wide open. More Indians than Americans will be logging onto Facebook on their mobile phones by 2017, reckons Goldman Sachs. Forrester estimates Indian tech purchases will grow faster than in China this year. True, red tape and corruption remain constant headaches, and foreign multinationals can get caught in wrangles over retrospective taxes. But Modi says he is determined to change that: he wants the country to be in the global top 50 for ease of doing business within three years.

Modi also needs Silicon Valley in a way that Xi does not. The Indian premier is relying on investment and technological know-how to realise ambitious development programmes like “Digital India” and “Make In India”. Without foreign capital, India will not be able to achieve the growth required to absorb new entrants into the workforce.

U.S. tech bosses may feel unable to turn down a meeting with Xi. But they will find Modi’s embrace is warmer.

Earlier in the week, Modi was in New York for the UN Sustainable Development Summit which was also attended by Chinese President Xi Jinping.

Earlier in the week, Modi was in New York for the UN Sustainable Development Summit which was also attended by Chinese President Xi Jinping.