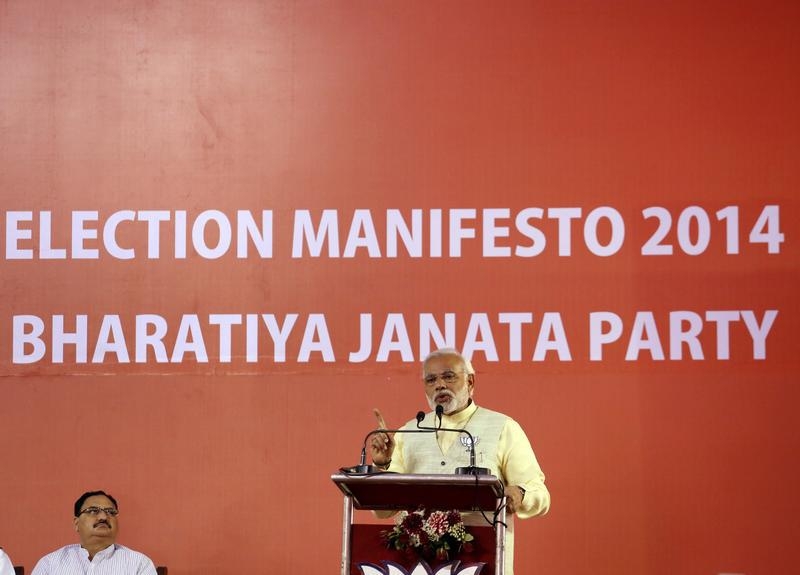 A win for Narendra Modi would be bad news for Tesco and its rivals, but good news for other investors. The Indian opposition leader’s party says it won’t allow foreign supermarkets to enter the country if it wins the general election. But that is just one discordant note in a manifesto that is sweet music to financial markets.

The decision by Modi’s Bharatiya Janata Party (BJP) will leave some retailers fuming. Britain’s Tesco, which has already received approval from the current Congress Party government to start a joint venture with the Tata Group, may have to drop its plans. Carrefour, which said last month that it was “thinking about India,” will be able to do little more if the pronouncements become national policy.

Modi’s decision is a calculated move. The BJP counts the owners of several million mom-and-pop stores as among its most loyal supporters. Besides, the manifesto makes it clear that foreign money will be welcome in practically every other industry.

The document also promises to cut red tape, expedite project clearances and make India an easier place to do business. The party’s commitment to end “tax terrorism” will cheer telecom operator Vodafone, which has fought the Indian authorities for six years over a $2 billion claim. The BJP has also pledged fiscal discipline and said it will start a nationwide market in farm produce to deal with inflationary food shortages.

The party remains vague about banking reforms and made no mention of the long-pending plan to raise the ceiling on foreign investment in insurance companies to 49 percent from 26 percent. Another notable absentee from the manifesto was a commitment to restart privatisation, which came to an end when the BJP lost power ten years ago. That coyness is easy to understand, though. Such a pledge would have been politically immature without first securing the backing of regional parties which are likely to form part of any BJP-led coalition government.

Overall, though, Modi’s message will also raise expectations that the election outcome can reverse the deterioration in the country’s investment climate. If performance fails to strike equally high notes, Tesco and Carrefour won’t be the only disappointed investors.

India’s Bharatiya Janata Party, which is expected to form the next government, said in its election manifesto released on April 7 that it would ban foreign supermarkets from the retail sector.

Barring multi-brand retail, however, the party said it would allow foreign direct investment “wherever needed for job and asset creation, infrastructure and acquisition of niche technology and specialized expertise.”

The BJP, which has put forward Narendra Modi, the chief minister of the Gujarat state, as its prime ministerial candidate, said it will simplify the tax code, pursue fiscal discipline, cut red tape, enact a long-delayed goods and services tax and take other steps to make “doing business in India easy.” The party manifesto also promised a national market for farm products to tame inflation, and a boost to labour-intensive manufacturing and tourism.

Polling, which takes place in nine phases, began on April 7 and will conclude on May 12. The votes will be counted on May 16. More than 814 million Indians are eligible to cast their ballots.