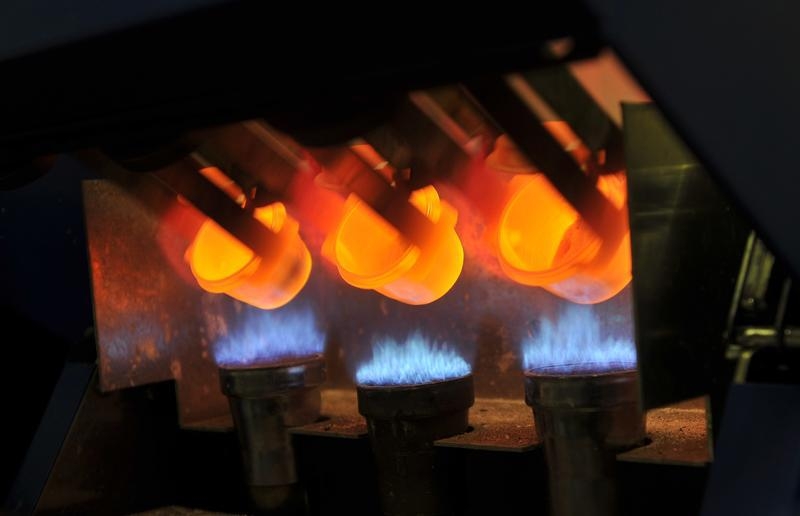 The rare-elements miner missed an interest payment, which could herald a descent into bankruptcy protection. Since peaking at $6 bln in 2011, Molycorp’s market value has collapsed 99 pct. It’s a classic case of investors confusing a demand surge, tight supply and real scarcity.

Samples of rare earth elements are converted to glass discs inside the testing building at the Molycorp Minerals Mountain Pass Mine in Mountain Pass, California in this August 19, 2009 photo. REUTERS/David Becker

Molycorp, a so-called rare-earths miner, said on June 1 it had missed a $32.5 million interest payment on senior secured notes due in 2020. The company’s shares fell nearly 19 percent after the announcement, amid concerns it may soon file for bankruptcy protection. Molycorp said it had elected to take advantage of a 30-day grace period.

The company mines elements used in the manufacture of exotic magnets that go into everything from mobile phones to missile systems. Molycorp’s market value has fallen more than 97 percent since 2011, as the prices of yttrium, praseodymium, lanthanum and cerium have tumbled.

Rare-earth prices increased sharply from 2009 to 2011, only to crash because of a combination of weaker Chinese demand, expanding supply and an easing of Chinese export controls.