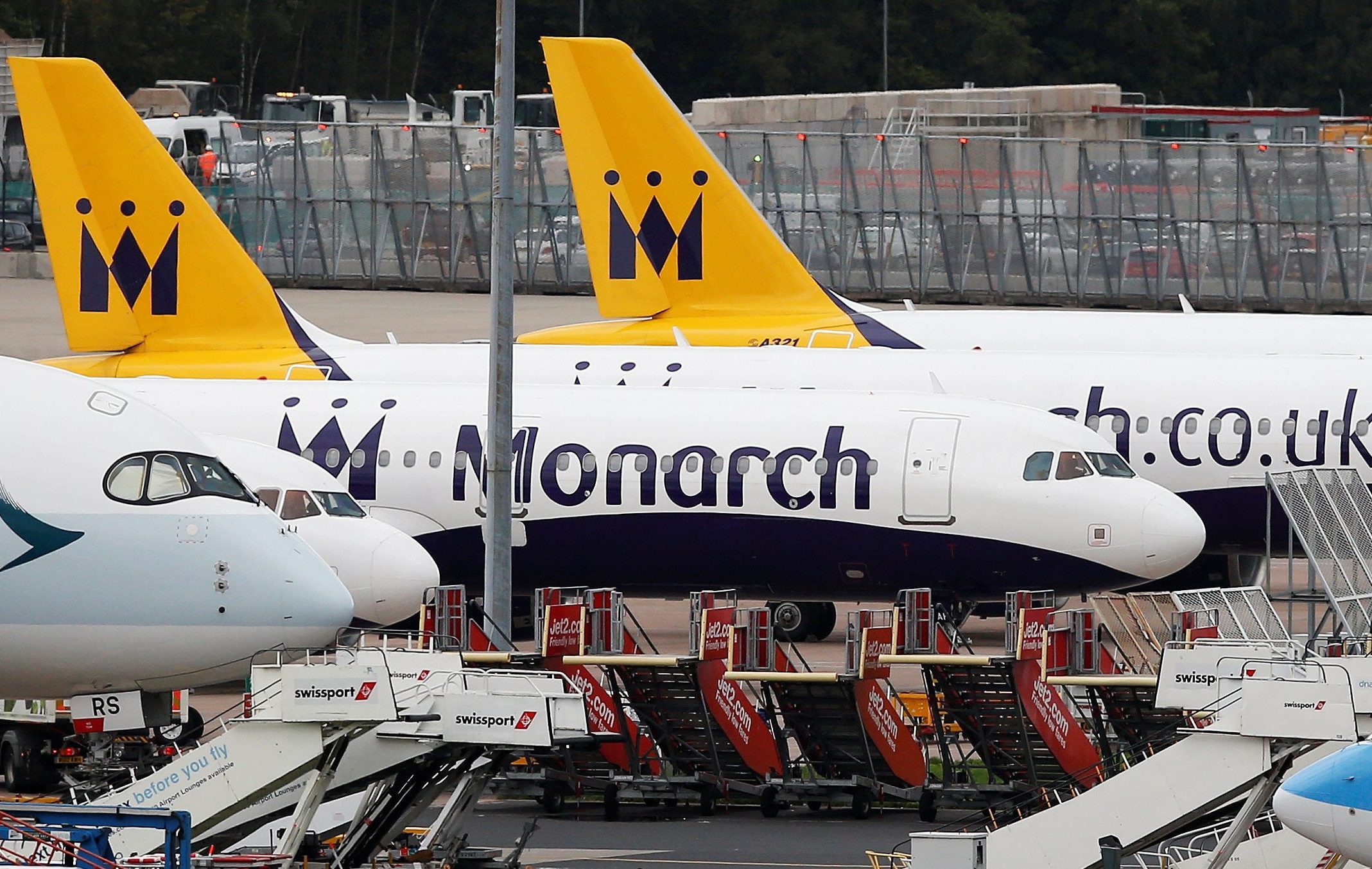 The airline’s past reliance on tourism to Egypt and Tunisia, now danger areas, started the rot. But the Brexit-induced slump in sterling worsened things, and a laissez-faire resistance to government intervention – unlike the German help handed to Air Berlin – finished the job.

The government asked the Civil Aviation Authority to charter more than 30 aircraft to bring Monarch back to Britain.

The airline was bailed out by its owner Greybull Capital a year ago.

“Monarch has really been a victim of a price war in the Mediterranean,” Transport Secretary Chris Grayling told Sky News.

Grayling added that he expected many of Monarch’s more than 2,000 staff to get jobs elsewhere.