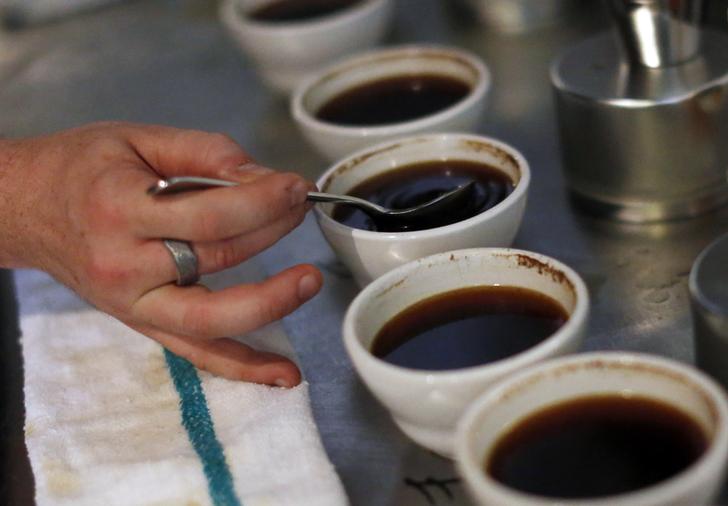 With the sale of its coffee business, the $65 bln Oreos-to-Cadbury group gets $5 bln of cash and a more focused snack-foods portfolio. A simultaneous restructuring should allow it to cut more costs and limber up for new deals, starting with director Nelson Peltz’s bugbear, Pepsi.

The day's brews are tested at Blue Bottle Coffee in Williamsburg section of Brooklyn, New York May 10, 2013.

Mondelez, the U.S. maker of Oreo cookies and Cadbury chocolates, said on May 7 that it would merge its coffee business with D.E Master Blenders 1753 to create a new, Netherlands-based global coffee powerhouse with $7 billion in annual revenue.

Mondelez said it would take a 49 percent stake in the merged company, which will be renamed Jacobs Douwe Egberts, and pocket $5 billion of cash after taxes.