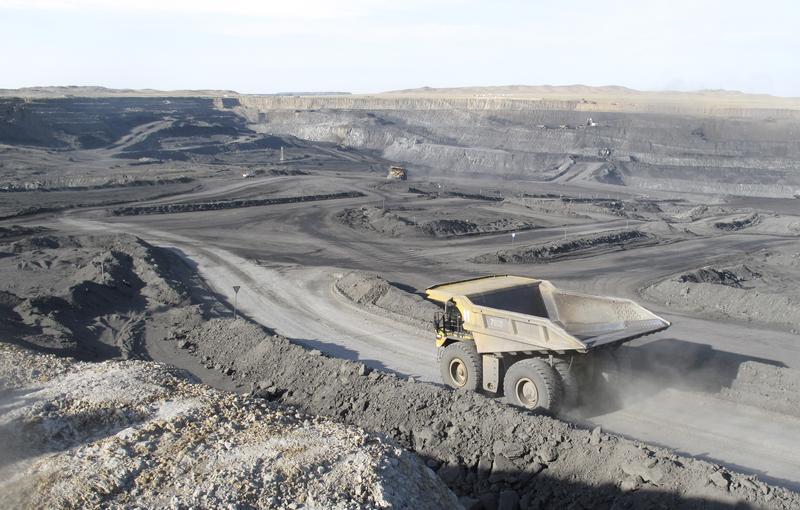 Ulaanbaatar has picked advisers to list part of its prize mine. It’s a tough sell: a landlocked deposit with only one market, a history of political meddling and a decade of false starts. Still, Chinese backing and an upcoming election might help Mongolia pull it off this time.

A haul truck drives through the Ukhaa Khudag open coal mine, which is part of the huge Tavan Tolgoi deposit, in the Gobi desert, September 11, 2011. Ukhaa Khudag is the world's biggest untapped coal mine with as much as 7.5 billion tonnes of reserves. Some bankers say plans for an IPO in 2012 to develop the prospect could fetch as much as $15 billion. Picture taken September 11, 2011. To match Feature MONGOLIA-MINING/ REUTERS/David Stanway (MONGOLIA - Tags: ENERGY BUSINESS) - GM1E79N16PW01

Erdenes Tavan Tolgoi JSC, a Mongolian state-owned coal miner, has picked banks including Bank of America and Credit Suisse to run a Hong Kong initial public offering that could raise more than $1 billion, Bloomberg reported on Nov. 1, citing people familiar with the matter. A separate source familiar with the matter told Reuters Breakingviews that Bank of China was also involved, while Moelis was equity advisor.

The effort marks the latest in a series of attempts by Mongolia to raise money to develop the giant Tavan Tolgoi coal mine, which is located in the Gobi desert.

The country’s lawmakers in 2018 approved plans for an initial public offering.