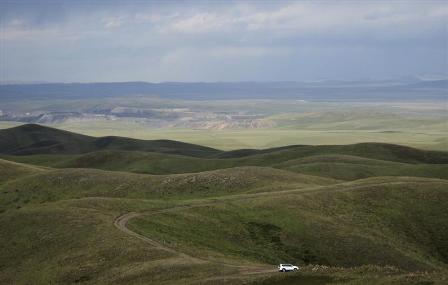 Mongolia’s fairytale economic boom is developing cracks. The failure of the country’s fifth-largest bank and delays to the development of its giant copper mine underscores fears that its growth potential is built on shaky foundations. Yet greater economic realism may ultimately be welcome.

The surprise insolvency of Savings Bank, which controlled about 8 percent of Mongolia’s banking assets, has rattled the country’s economic cheerleaders. The central bank closed down the lender and transferred its deposits to a state-owned rival after it ran up bad loans worth $109 million — more than twice its capital, according to Fitch Ratings.  Some of these loans appear to have been made to Just Group, controlling corporate shareholder in Savings Bank, despite regulations designed to limit such exposures.

The failure has raised doubts about the central bank’s grip on Mongolia’s financial system. Total bank loans expanded by 40 percent between May 2012 and June 2013 and about 30 percent of these loans are denominated in foreign currencies. A sustained slide in the Mongolian currency, which is already down 9 percent against the dollar this year, could leave local borrowers facing a squeeze.

The country’s ability to exploit its commodity wealth is also running into headwinds. The London-listed mining giant Rio Tinto said on July 29 that work on Oyu Tolgoi, a vast copper mine, was being delayed after the Mongolian government told it that project financing would require parliamentary approval. Any prolonged delays would undermine government finances. Last year the International Monetary Fund estimated that Oyu Tolgoi and Mongolia’s Tavan Tolgoi coal mine, would generate combined export income of $2 billion in 2013, rising to $7 billion by 2020.

Optimism about Mongolia’s resources and its proximity to China helped the country raise $1.5 billion from the bond markets last year – its first such issue.  Since then falling commodity prices, China’s slowdown and the emerging market selloff have undermined the bullishness. Five-year bonds now trade at 93 percent of face value. Yet if the correction prompts Mongolia to take a more prudent long-term view of its undoubted commodity wealth, the recent reality check may ultimately prove healthy.

Mongolia’s central bank said on July 22 that Savings Bank, the country’s fifth-largest lender, had been declared insolvent and would be taken over government-controlled State Bank.
The failure came after the controlling shareholder in Just Group, Savings Bank’s owner, defaulted on loans to the group.
According to Fitch Ratings, Savings Bank had non-performing loans of 160 trillion Mongolian Tugrik ($109 million), twice its capital.
Mining group Rio Tinto said on July 29 it had delayed funding and work on the underground development of Oyu Tolgoi, its giant Mongolian copper mine. This came after the Mongolian government informed it that the terms of the financing for the development required parliamentary approval. The Mongolian Parliament is currently in summer recess.