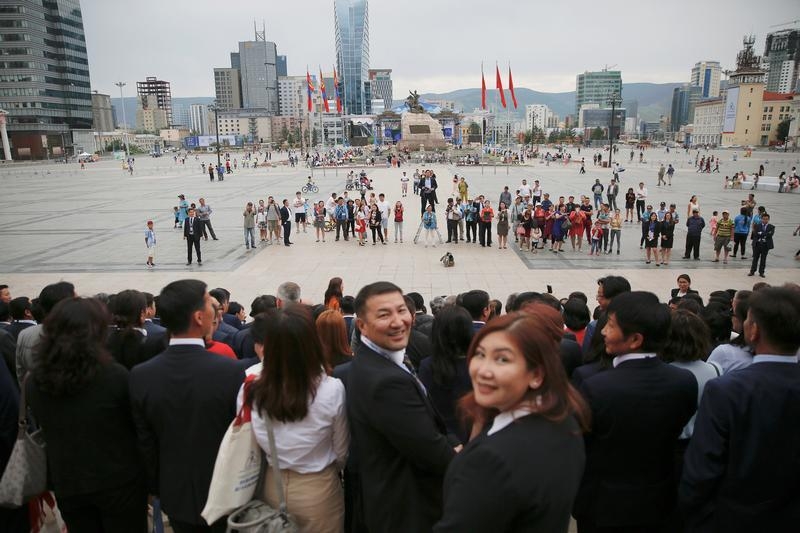 Mongolia looks willing to take the pain to get its economy back on track. On Aug. 18, the nomad state hiked interest rates to 15 percent to defend its plunging currency – higher than Brazil, Nigeria, and Russia.

A newly elected government is already following the International Monetary Fund’s austerity playbook by pledging to cut government salaries and slash welfare benefits. An IMF bailout seems like the logical next step.

That would keep the lights on while Mongolia laid the groundwork for a recovery. But a full recovery would mean herding nervous foreign investors back onto the steppe. That will be hard work.

Mongolia’s economy has three interlocking problems. First, its fortunes are tightly bound to global commodities demand. In the halcyon days of 2011, foreign investment totalled $4.6 billion and gross domestic product soared 17.3 percent. But the commodities cycle has now turned as China’s voracious demand for coal, copper and other materials has sagged. Second, the country was not disciplined about its newfound wealth. During the boom years the government rolled out generous welfare payments to poor citizens, but failed to rebuild its creaking power infrastructure. Government debt was 30 percent of GDP when the country sought a previous IMF bailout in 2009. It is now more than double that.

Third, Mongolia has alarmed foreign companies. Years of bitter disputes with miner Rio Tinto, which invested in the country’s largest copper and gold mine, left others wondering if contracts would be honoured. Foreign investment nosedived to a mere $35 million in the first half of this year. Rio Tinto has now approved a $5.3 billion expansion of the landmark Oyu Tolgoi project. But so far this has not prompted other investors from abroad to come stampeding back.

IMF help would shore up confidence, but would be just the first step in a long fightback.

The Mongolian tugrik has been the world's poorest performing currency this month, losing 8 percent against the dollar. The landlocked country between Russia and China has seen a sharp fall in demand for coal and copper, its chief exports.

Officials who attended a business forum which is part of the Europe-Asia summit (ASEM) have their photo taken at Genghis Square in central Ulaanbaatar, Mongolia, July 13, 2016. REUTERS/Damir Sagolj - RTSHPMJ

The Mongolian tugrik has been the world's poorest performing currency this month, losing 8 percent against the dollar. The landlocked country between Russia and China has seen a sharp fall in demand for coal and copper, its chief exports.