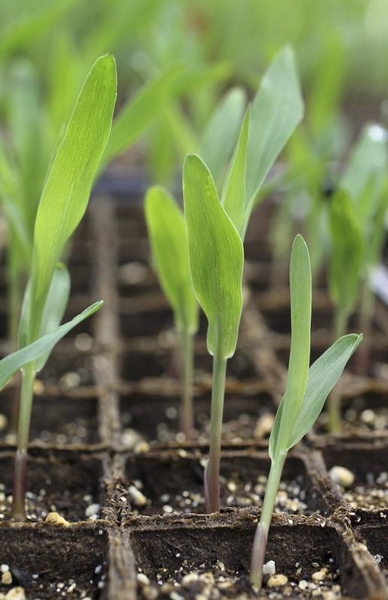 The $67 bln biotech seed company wants to increase investment and R&D, double profit by 2019 and is borrowing to buy back up to $10 bln in stock. M&A may still factor in its plans, but a tax-inspired mega-deal seems off the table. Monsanto has found a smarter way to grow.

On June 25 Monsanto announced its fiscal third-quarter earnings and that its board had approved a two-year, $10 billion share buyback program. The company also raised its full-year earnings guidance and set a goal of at least doubling core earnings per share by 2019.

Monsanto plans to restructure its balance sheet to fund new growth and shareholder returns. It set a net debt target of 1.5 times earnings before interest, tax, depreciation and amortization by 2015. The company had some $1.6 billion of net cash when its fiscal year for 2013 closed last year.

The company earned $858 million, or $1.62 per share, in the three months to May, down from $1.68 per share in the same quarter last year but better than Wall Street analysts’ average forecast of $1.56 per share