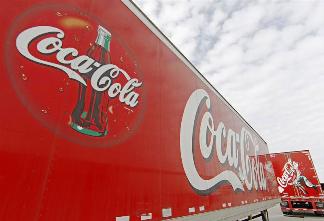 Coca-Cola is more than a century old, but it wants to be hip. Even so, the company says it’s not about to buy energy-drink maker Monster Beverages, as a Wall Street Journal report suggested. That sounds mature – in a good way – even if Coke did leave the door open to build on its existing distribution relationship with Monster.

Monster’s double-digit growth has super-charged its stock to trade at an $11 billion market capitalization, more than 30 times its estimated 2012 earnings. That would make an outright purchase very expensive, even for Coca-Cola, which is worth more than $170 billion. With a premium thrown in, it would take approaching twice Coke’s $8.6 billion of profit last year to buy the company that deploys Monster Girls to promote drinks like Khaos and Ubermonster to the extreme-sports set.

For that much money, Coke should be able to concoct its own home-grown youth elixir and marketing campaigns that give young consumers the rush they crave. And it could sell more of its beverages beyond the $31.9 billion American market for alternative soft drinks, where Monster has made the biggest impression. Coke’s vast international distribution network and deep pockets – it spent $5.8 billion on marketing against Monster’s $149 million in 2011 – should be more than enough to steal market share from the soft-drink upstart.

The spendthrift devil on Coca-Cola’s shoulder might argue the company has allowed Monster, which taps Coke’s distribution network to sell its drinks, to become a threat of sorts, even internationally. Monster’s sales outside the United States rose nearly 60 percent in 2011 to account for one-fifth of gross sales. That’s up from 16 percent of total sales in the prior year.

Still, there’s no call for haste. Coke distributes roughly half Monster’s drinks in the United States, so it already gets a cut of those sales. And the Atlanta-based giant is far from desperate. Its shares have risen a healthy 43 percent over the last two years, compared with the near-flatline performance of traditional rival PepsiCo. Sure, Monster’s stock has rocketed nearly 200 percent. But the surge of energy may not last. Coke’s shareholders are better off if the company plays its own long game than if it pays top dollar for a faddish brand that could easily flame out.

Trucks with cases of Coca-Cola sit outside a warehouse at the Swire Coca-Cola facility in Draper. Coca-Cola set 2011 records for the lowest coupons on five and 10-year debt on Wednesday, as it joined a rush of companies jumping into the investment grade market to take advantage of an intensified rally in Treasury yields.

Coca-Cola on April 30 said it is not in talks to buy Monster Beverage, denying an earlier report in the Wall Street Journal. Shares of the energy-drink group, which had increased 15 percent on the newspaper’s report, ended the day down slightly at $65 per share, giving it a market capitalization of just over $11 billion.

The producer of drinks such as Monster Energy Assault reported revenue of $1.7 billion in 2011, an increase of 31 percent from the previous year. Net income rose 35 percent to $286 million.