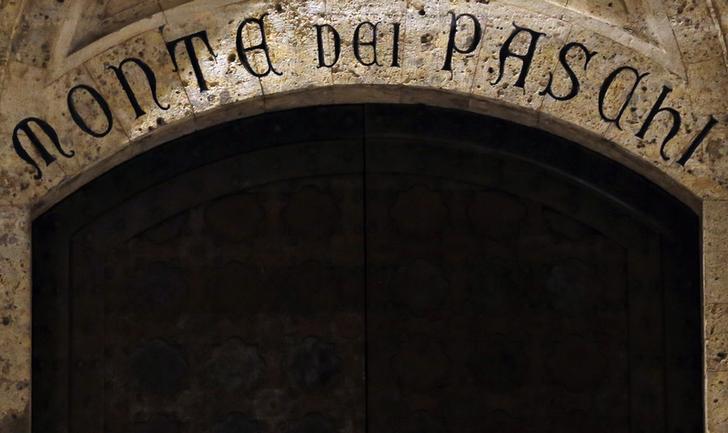 The Italian bank’s shares have tanked on fears it will fail this week’s EU stress tests, even though it has a sizeable buffer against losses. Second-guessing the upcoming results is a difficult task. But investors may also wonder where the new capital could come from.

The entrance of Monte Dei Paschi bank headquarters is pictured in Siena January 24, 2013.

Banca Monte dei Paschi (MPS) shares have fallen 15 percent since Oct. 13, amid concerns the bank may have to raise capital because of Europe’s bank stress test.

Italian newspaper Corriere della Sera wrote on Oct. 18 that MPS could have a capital shortfall of between 500 million euros and 2 billion euros, under the tests, which will be published Oct. 26. MPS said in a statement that such numbers “find no corroboration in the partial and in any case preliminary documents that the bank has so far received.”

The bank raised 5 billion euros in June to boost its capital levels and repay state aid.