Life in the old nag 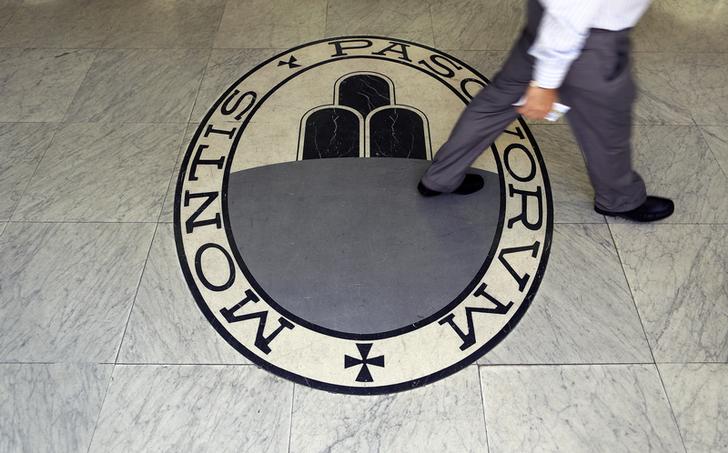 Not long ago, the ailing Italian lender looked unlikely to fill its 3 bln euro hole privately. Now it’s secured underwriters. For local worthies that once owned half, it should mean near-total dilution; for other investors it’s a cheap option on a still-elusive Italian recovery.

A man walks on a logo of the Monte Dei Paschi Di Siena bank in Rome September 24, 2013

Banca Monte dei Paschi di Siena said on Nov. 26 its board had approved a 3 billion euro capital increase and appointed 10 banks to underwrite the issue.

UBS will act as global coordinator and bookrunner, with joint bookrunners Citigroup, Mediobanca and Goldman Sachs.